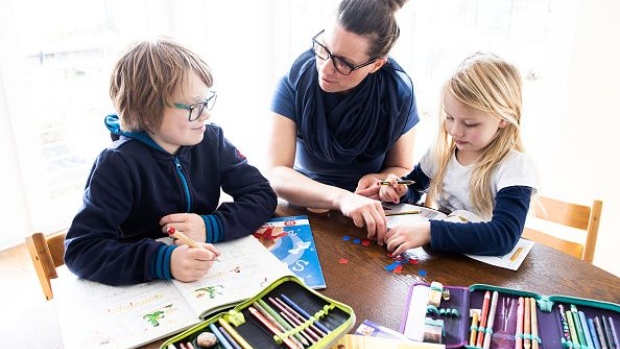 In August and September, more than a million people dropped out of the workforce. Eighty percent of them were women. Women have been losing jobs at a rate far higher than that of men throughout this recession, figures that can’t be entirely explained by industry effects. And it might get worse. One in four employed women (one in three mothers) are considering quitting or dialing back at work, according to McKinsey — the first time in six years of research that they’ve found any difference in men’s and women’s interest in quitting.

Working parents are especially feeling the crunch. A FlexJobs survey of working parents found that 25 per cent of fathers and mothers had reduced their hours to cope with childcare demands. But women were much more likely than men (17 per cent to 10 per cent) to quit. While the pandemic has forced all parents to take on more housework and childcare, studies show mothers taking on the vast majority of it.

What’s happening here is pretty obvious, and predictable: A lot of extra care work is falling on women and driving them out of the workforce.

I hope this will be the end of the “opt-out” myth — the assumption that one reason, maybe even the main reason, you don’t see more women leading organizations or governments is that so many women “choose” to stay home. In reality, the number of women who give up their careers is small, and the choice is almost never truly a free one.

The opt-out myth looms large in our culture. In a survey, Harvard Business School professor Robin Ely found that large majorities of women and men think that women “prioritizing family over work” is the primary barrier to women’s career advancement. In fact, only 11 per cent of women are out of the workforce to care for children full-time at any given time. Of Gen X women, only 28 per cent had ever taken a break of six months or more to care for children. That’s not enough to explain why there are so few women in the halls of power.

While this time away from work is often portrayed as a choice, the evidence shows that it’s usually a choice reluctantly made. Research has uncovered three major external factors that steer women in this direction: inflexible workplaces, oblivious husbands and bad public policy.

Interviews with professional women who drop out point to intransigent workplaces as the biggest problem. The U.S. remains a country where only 19 per cent of private-sector workers have access to paid family leave. Many women find their requests for flex time or other post-baby accommodations denied. In time-greedy professions such as law, consulting and finance, a request to work only 40 hours a week can be seen as equivalent to going part time.

An important secondary factor is how much parenting fathers do, and how much work they do around the house. Two-thirds of women who drop out of the workforce cite a lack of support from their husbands. While husbands often offer verbal and emotional support to their wives (saying “I’ll go along with whatever you decide,” or “You can do whatever you want”), this does not necessarily translate into material support. And it’s material support — supervising Zoom school or doing household chores unprompted — that has a positive impact on wives’ careers, not to mention marital stability. Yet men don’t always realize how little they’re helping; time-use studies find that men overestimate how much housework they do. (Data on same-sex couples are more limited, but more hopeful: Apparently when gender stereotypes don’t dictate who does the laundry, more equitable arrangements are easier to imagine.)

The third problem here is public policy. The U.S. has always struggled to make daycare affordable. Paid leave is not guaranteed. All of this puts more pressure on parents. Before the pandemic, women had higher labor force participation rates in countries where childcare is subsidized and maternity leave is paid, as in Israel and Sweden. And most American women who drop out return to the workforce within two years. Imagine that the U.S. had paid maternity leave and affordable infant care; these women might never quit their jobs.

This year, it’s obvious that many women are dropping out of the U.S. workforce because schools and daycare have not fully reopened. Husbands are pitching in, but not enough. And policy makers are MIA, apparently expecting women to be the shock absorbers of the economy.

So let’s kill the term “opt out.” When women leave the workforce, they’re not exercising their options — they’ve run out of them.