Part of Justin Trudeau’s economic strategy since becoming prime minister has been to increase the power of women in Canada’s labour force. It was working until COVID-19.

Canada had the highest participation rate for women in the Group of 20, according to an OECD report last year. By comparison, the U.S. ranked 10th. The employment rate for Canadian working-age women hit a record last September, Statistics Canada data show, but the virus erased 20 years of progress -- at least temporarily.

The group whose employment levels are furthest away from pre-virus levels? Moms with school-age kids. Women are also cutting back their hours more sharply than men, and the impact COVID is having on their ability to work extends all the way up the economic ladder.

In the nation’s financial hub, where efforts have been made to boost the number of women in leadership positions, one survey shows nearly one in 10 has considered quitting their jobs while no men have even thought about it.

Fresh labour-force data are due Friday in both Canada and the U.S. and will underscore what’s at stake as schools open in the fall. While Canada mostly avoided a summer resurgence of COVID-19 -- it has fewer than 6,000 active cases –- the picture is still one of delays, uncertainty and disruption.

There are also consequences for diversity, especially in the upper echelons of business where women’s progress has been slow and hard-fought. It doesn’t take much to set back the clock. 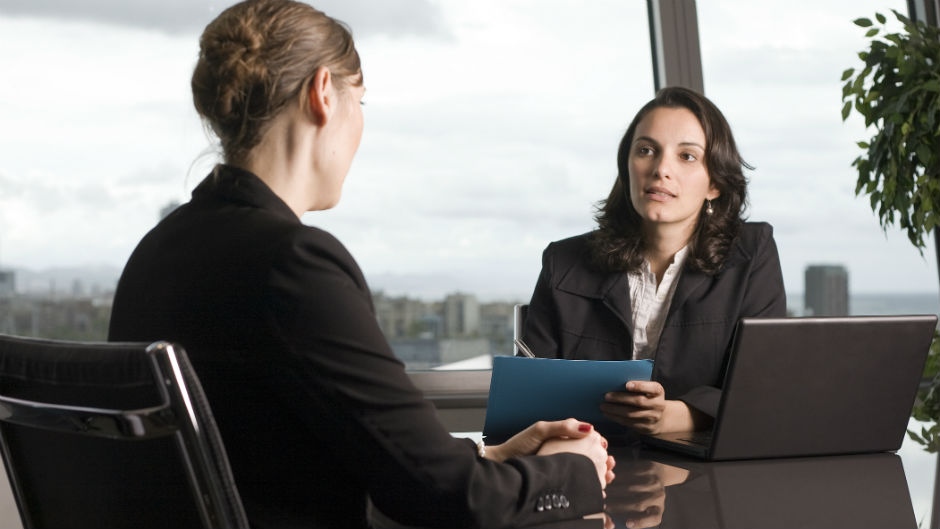 Do you think Corporate Canada is doing enough to create equal opportunity for women?

A July survey of 300 professionals by Women in Capital Markets, a Toronto-based industry group, showed a worrying trend: nine per cent of women said they were considering quitting their jobs and the same percentage asking for a leave of absence. No men said they were thinking of quitting, though eight per cent said they’ve considered asking for reduced hours.

“When something in the family is too tough, it’s still usually the women who take the step back in order to ensure that the household continues to function,” said Camilla Sutton, chief executive officer of the organization. She’s particularly worried about mid-level women in business who may be in the throes of child-rearing. If a big chunk of that cohort quits, or steps back, “you have a pipeline gap for the next generation.”

Unless they pedal harder.

Belle Kaura has the energy and organizational skills you might expect from someone with three law degrees who has worked in big roles at Bank of Montreal, Pacific Investment Management Co. and now Third Eye Capital Management Inc., a private-credit firm where she’s head of compliance.

Before the pandemic, she was out the door before her kids were awake, catching an early train to work long hours in Toronto’s financial district and tacking on evening events two or three nights a week. Her husband runs two dental clinics outside the home from 9 a.m. to 9 p.m., six days a week. During the school year, her parents would pick up her daughters and look after them until she or her husband got home, sometimes letting them stay overnight. In summer, all-day camps replaced school and the routine held up.

When COVID-19 struck, all that went out the window. Now her elderly parents are social distancing and Kaura is working from home while supervising Meliya, 13 and Sofia, nine. Her employer has been supportive but her professional workload has also increased with market volatility, she said, a common observation in the investment industry. A fits-and-starts return to school will make everything much harder.

“You try to keep all the balls in the air at all times. But inevitably at the end of the workday or the work week, you feel like your efforts are inadequate on some front,” Kaura said in an interview. The days are so long her kids now book time slots in the evening hours to talk to her, having already started Facetiming her from inside the house to avoid walking in on meetings.

Kaura is the the first to admit her financial situation makes things easier. For women who can’t work from home, or don’t have partners, or earn less, the financial hit from the virus can be catastrophic.

Still, there are different consequences if highly paid, highly educated women start to opt out of business. “The outcome of this could literally be an undoing of everything we’ve done over the last three decades,” said Sarah Kaplan, director of the Institute for Gender and the Economy at the University of Toronto’s Rotman School of Management.

Sarah Neilson is one of those near the top of her field. She co-manages $4.5 billion (US$3.5 billion) of assets for RBC Global Asset Management, a unit of Canada’s second-largest bank by assets. Neilson’s husband is also in finance, and has had to work from the office throughout the pandemic, leaving her to watch over their 10 year-old daughter and 13-year-old son when schools closed in March.

Employer flexibility has been key to allowing her keep working full-time so far. The bank made sure her work-from-home technology was in place and the transition was “seamless.” An internal chat group lets working parents share tips and strategies and managers have been understanding.

Even so, it has been overwhelming at times. “I realized early on my resourcefulness in multitasking, though it wasn’t seamless.”

Flexibility is important, Kaplan said, but so is eliminating the stigma that often prevents highly successful women from asking for it. One of the benefits of having men also doing more at home during the pandemic is that they will probably better understand the pressures on working women. “Maybe men are having a wakeup call,” she said.

Perhaps, but as everyone braces for a bumpy back-to-school transition, almost 40 per cent of business women surveyed by Women in Capital Markets said they’d be more comfortable returning to work in January 2021.

By comparison, men may have had more than enough time juggling things at home. The biggest grouping -- about one third -- said they hoped to be back in the office this month.