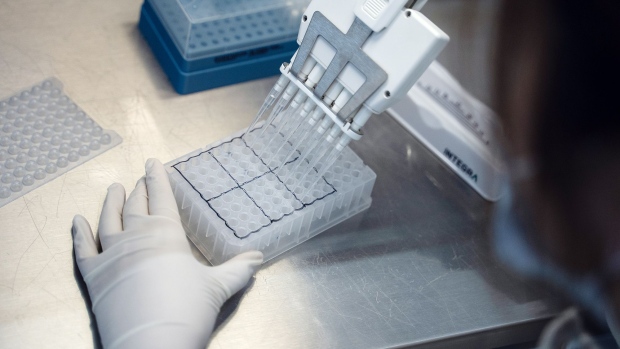 The amount of COVID-19 antibodies in trial subjects who received China’s experimental vaccines remained high six months after the first shots, said a top Chinese scientist, projecting confidence that the country will be among the first to produce effective inoculation against the coronavirus.

The high levels detected in volunteers who took part in the earliest clinical trials suggest that the shots are effective and can provide immunity against the virus for an extended period of time, though final-stage testing results still need to be evaluated, Zeng Guang, chief scientist of the Chinese Center for Disease Control and Prevention, said in a briefing in Beijing on Friday.

Tianjin-based CanSino Biologics Inc, which is co-developing a coronavirus shot with the Chinese military, was the first in the world to administer an experimental vaccine into healthy people in March, though Zeng did not specify which vaccine candidate he was referring to.

China now has at least 10 vaccine candidates in human trials, with four in the final stages of Phase III testing around the world.

The country’s confidence that it can deliver an effective and safe vaccine has grown in recent months. President Xi Jinping in May promised that China-developed vaccines would be a global “public good” shared by all. Supplying vaccines to other countries could help repair China’s image around the world, tarnished by its initial missteps in handling the original virus outbreak in Wuhan.

Chinese vaccine developers are now neck-and-neck with western pharmaceutical firms including AstraZeneca Plc and Pfizer Inc. in the race to deliver a viable vaccine against the novel coronavirus. With outbreaks flaring again across Asia and Europe, and governments bracing for a fresh wave in the northern hemisphere winter, pressure is mounting for immunization efforts to deliver, with a vaccine key to countries re-opening their economies safely.While testing is still underway, vaccine developers have quickly expanded production capacity to prepare to meet the overwhelming demand. China’s annual coronavirus vaccine production is expected to reach 610 million doses by end of this year and will grow to 1 billion doses by the end of 2021, Zheng Zhongwei, an official at the country’s National Health Commission, said at Friday’s briefing.

China has promised to provide vaccines for at least 62 countries, signing formal agreements with allies like Indonesia and Pakistan. Meanwhile is appears to be blocking cooperation efforts with countries with which it has tense relations, such as Canada.

Chinese vaccine frontrunner Sinovac Biotech Ltd., has said that it will give countries running its final-stage trials -- Brazil, Indonesia and Turkey, among others -- vaccine shots at the same time as the Chinese population.