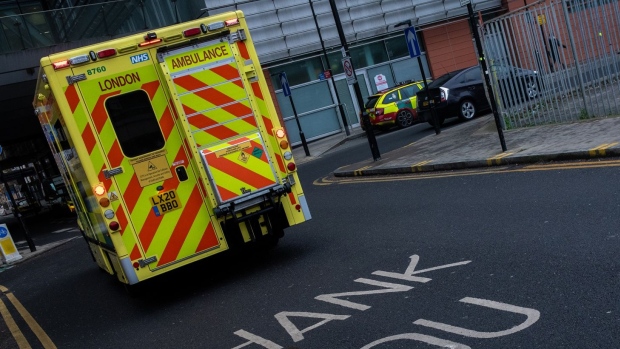 Black adults and other minorities in the U.K. suffered disproportionately from Covid-19 last year, a new study showed, highlighting inequities in the country’s vaccination program.

Lagging vaccination rates among Britons of Black African and Caribbean ethnicity were the main reason that the minorities were two to three times more likely to die from the virus as White people, according to the Office of National Statistics report, which was released Wednesday.

“There is no room for complacency,” Veena Raleigh, senior fellow at The King’s Fund, said in an emailed response to the report. “It’s vital that services engage with these communities to improve vaccine uptake.”

The study comes as the government eases restrictions put in place after the omicron variant began to spread in December, eventually pushing daily cases to a record earlier this month. The surge has subsided in recent weeks, prompting the government to announce it would drop the need for vaccine certificates to enter larger venues, do away with most mask mandates and urge workers to return to the office.

About one-third of Britons of Pakistani, Black Caribbean and Black African ethnicity, and less than half of Bangladeshi adults, have had three vaccination shots, Raleigh said in the statement. Even after accounting for the vaccine, Bangladeshi men and women remain most at risk from the virus, with rates 4.4 and 5.2 higher than White British men and women respectively.

Geography, occupation, living arrangments and pre-exisiting health conditions accounted for a large proportion of the excess death rate among most ethnic minority groups, according to the study. But among Britons of Black African and Caribbean ethnicity, the main difference was vaccination status.

“Today’s analysis shows that since the vaccination programme began, the risk of death from COVID-19 has continued to be higher in most ethnic minority groups than in the White British ethnic group,” Vahé Nafilyan, senior statistician at the Office for National Statistics, said in a statement.