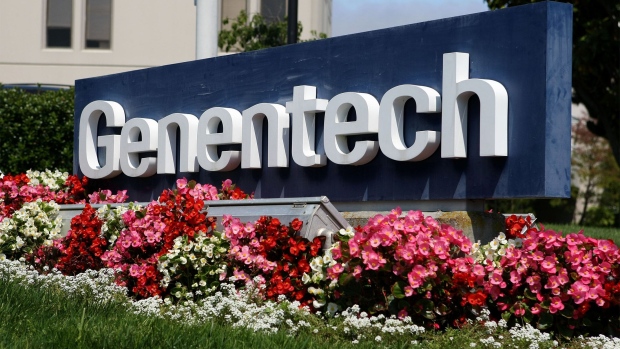 (Bloomberg) -- Close collaboration between U.S. drugmakers and regulators in the pandemic is speeding the way for new therapies in other areas including Alzheimer’s disease, the head of Roche Holding AG’s Genentech unit said.

The Food and Drug Administration’s flexibility in terms of data submission and clinical trials endpoints “offers so much possibility to bring treatments, meaningful treatments, to patients sooner,” Genentech Chief Executive Officer Alexander Hardy said Monday in an interview with Bloomberg Television from the HLTH conference in Boston.

Genentech is in discussions with the FDA about its own experimental Alzheimer’s drug, gantenerumab. Controversy has swirled over the agency’s approval of Biogen Inc.’s Alzheimer’s drug, Aduhelm, after trials of its effectiveness produced conflicting results.

Genentech will see through its large-scale trials for the drug to measure its effects on patients’ cognition, Hardy said.

“We will produce cognition outcomes, which is of course what everybody wants to see,” he said. “Does this have a result in terms of changing the rate of cognitive decline in Alzheimer’s?”