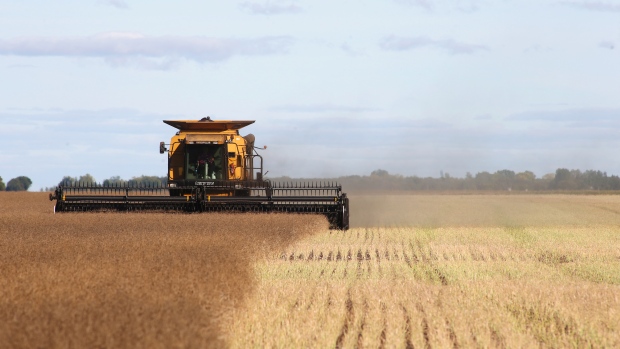 TORONTO - The number of COVID-19 cases at a farm in Southwestern Ontario has nearly doubled, local authorities said Tuesday as they worked to contain an outbreak that has hit dozens of migrant workers.

The Haldimand-Norfolk Health Unit said 164 people - most of them migrant workers - have tested positive for COVID-19 at the Scotlynn Group's farm in Norfolk Country, up from 85 cases reported on Sunday.

The agency said seven people have been admitted to hospital but gave no update on their condition.

“As part of the public health management plan, health unit staff are continuing to contact individuals who have been in close contact with a worker for further evaluation,” a statement from the health unit said.

In all, 210 people at the farm have been tested for the virus, with 46 testing negative.

The health unit said it is working with the farm's management to contain the outbreak in the residences of migrant workers.

Approximately 20,000 migrant workers come to Ontario each year to work on farms and in greenhouses. Many of the workers come from Mexico, the Caribbean and Guatemala and when they arrived this year they were required to self-isolate for 14 days

Outbreaks that have affected dozens of migrant workers have been reported in Chatham-Kent, Windsor-Essex, Niagara Region and Elgin County.

Meanwhile, Ontario's New Democrats called on the provincial government Tuesday to help the province's agricultural community deal with the pandemic.

Ford said on Monday he wanted to ramp up testing for the workers and that he would have more news on that effort in the coming days.

He also said the province may have to consider making changes to the communal nature of the bunkhouses in the future, but it would be hard to take that action during the pandemic.

“It's something we can put on the table,” he said. “Can we do it in within a month or so? I just don't think that's reality. But what we can do, we can go in and test frequently. I think it's critical that we do.”