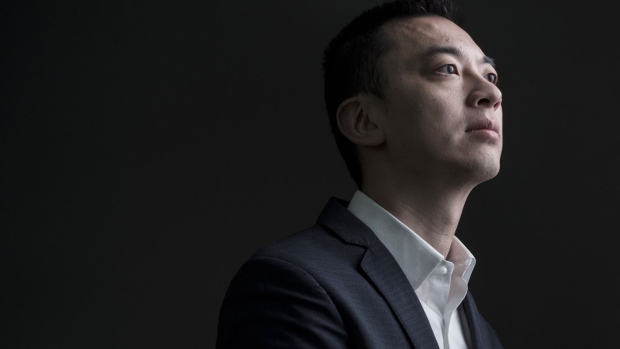 (Bloomberg) -- In less than a decade, Prenetics Group Ltd. transformed itself from a DNA-kit maker to a major Hong Kong Covid-19 test provider. Now as the coronavirus ebbs in the city -- and the rest of the world adjusts to living with it -- Chief Executive Officer Danny Yeung is already planning its next pivot.

Prenetics, whose shares begin trading Wednesday after it merged with the blank-check company of property tycoon Adrian Cheng, is launching in the coming months a non-invasive stool DNA test for early detection of colorectal cancer and an at-home blood test tool to check things including food sensitivity and testosterone levels.

While still unprofitable, the company is looking for acquisitions in Europe and Southeast Asia to boost revenue to $640 million by 2025.

“There’s a lot of stuff that we can do in the areas of tele-health, personalized health and women’s fertility, and these are all areas that we believe have huge potential that no one’s really tackling,” Yeung said in an interview before the listing, the first for a Hong Kong unicorn on the Nasdaq. “We have a strong opportunity.”

The trading debut of the shares will show whether investors still believe in the crop of startups that got big in the pandemic amid a worsening macro environment. The deal with Cheng’s Artisan Acquisition Corp., for an enterprise value of $1.25 billion, is going ahead even though special-purpose acquisition companies are falling out of favor after a boom in the past couple of years.

Prenetics had already raised $85 million from investors including Alibaba Hong Kong Entrepreneurs Fund and insurers Ping An Insurance (Group) Co. and Prudential Plc before it announced the merger with Artisan Acquisition in September. The SPAC deal is now bringing Prenetics $260 million.

The biotech firm is the Hong Kong government’s contractor for community testing centers and also operates in countries including the UK and India. It has performed and delivered more than 22 million lab and at-home tests, with the recent omicron wave in Hong Kong sparking renewed demand for its products. Its revenue jumped 30-fold in 2021 to $275 million from $9 million in 2019 and surged 60% in the first quarter from a year ago.

Born in the city of Huizhou in China’s southern Guangdong province, Yeung, now 43, immigrated to the US with his parents at the age of five. He studied management information systems at the University of San Francisco and established two ventures before moving to Hong Kong to set up group-buying business uBuyiBuy.com in 2010, which Groupon Inc. acquired at the end of that year. After spending three years managing the group’s Asian operations, he sold his remaining stake and left the company to found Prenetics in 2014.

To build the firm, Yeung partnered with Lawrence Tzang, a fellow at the City University of Hong Kong who studied molecular-diagnostic sciences. Together, they developed a genetic-testing product for insurance companies before launching CircleDNA, a DNA kit that helps detect cancer and other diseases. It was already gaining popularity when Covid-19 sparked Prenetics’s meteoric rise.

Yeung, who stopped eating red meat three years ago after one of his genetics tests showed he’s at greater risk for colon cancer, has a 7% stake that will be worth about $100 million in the new entity, assuming no redemptions, according to the Bloomberg Billionaires Index. Adrian Cheng, whose company is a sponsor of the deal, holds about 5% for which he paid $25,000 that is now valued at $70 million, a company filing dated April 11 showed.

While Prenetics has had its share of setbacks -- it’s received two warning letters from the Hospital Authority for sending late Covid-19 results over the past two years -- the business is expanding. With the backing of Cheng’s New World Development Co., the firm opened its first offline shop at the tycoon’s K11 Musea mall last year, seeking to deepen its connection with retail customers. Prenetics is also aiming to launch its first personalized nutrition product next year.

“The next 18 months, I think are going to be quite a transformational period of time for Prenetics,” Yeung said. “Ultimately, we want to build a full end-to-end health ecosystem.”