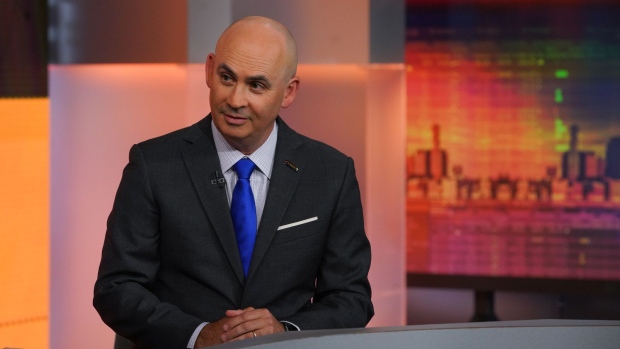 Century-old investment bank Cowen Inc. says it will hold cryptocurrencies for hedge funds and asset managers, a service that many Wall Street stalwarts were long reluctant to offer even as they rushed to cash in on their clients’ interest in the hot asset class.

The firm will provide “institutional-grade” custody services for cryptocurrencies and a variety of other digital assets through a partnership with Standard Custody & Trust Co., Cowen said Thursday. It will also make a $25 million investment in PolySign Inc., Standard’s parent company.

“The demand is clearly here,” Jeffrey Solomon, Cowen’s chief executive officer, said in an interview. “We’re going to be able to help a lot of our institutional clients get over the hump and start trading digital assets in the not-too-distant future.”

Surging prices for the world’s biggest cryptocurrencies this year are luring hedge funds and investment managers into the rapidly developing market, pulling along Wall Street firms that earn money catering to their needs. Securities firms including Goldman Sachs Group Inc. and Morgan Stanley have unveiled plans in recent months to help customers place wagers on prices, hoping to win more of their clients’ business.

But while Fidelity Investments, for example, has been helping clients hold and trade digital assets, many investment banks have been slow to offer formal custody services for crypto.

That’s due in part to concerns expressed by the financial industry’s regulators. Hackers routinely target people who speculate in digital currencies, trying to snag credentials to siphon off their holdings. Amid such dangers, the Securities and Exchange Commission has said it’s weighing how to apply its so-called Custody Rule -- which aims to ensure that any funds and securities held by custodians aren’t vulnerable to loss or misuse -- to the market.

Meanwhile, the scarcity of custodians has remained a headache for asset managers, Solomon said.

“If you’re an institutional investor with a fiduciary requirement, the bar is extremely high for you to put investments in any asset that does not have a clear chain of custody that you can access at a moment’s notice,” he said. “Even if you had a view on the asset class, if you can’t demonstrate custody then you can’t trade it.”

Led by CEO Jack McDonald, PolySign is developing products that allow financial institutions to work more with digital assets. Cowen’s investment is part of a bigger $53 million fundraising round that also drew participation from companies including Blockchain.com and Race Capital.

The partnership comes just days after the New York State Department of Financial Services granted Standard a limited-purpose trust charter, placing it among nine firms that have received the designation from the watchdog.

“We’re very excited about launching with that New York charter over our door,” McDonald said. “We knew from day one that we would have to build a product that could withstand the scrutiny and operational due diligence of the largest asset managers on the planet. And being a trust bank was the only route to go.”