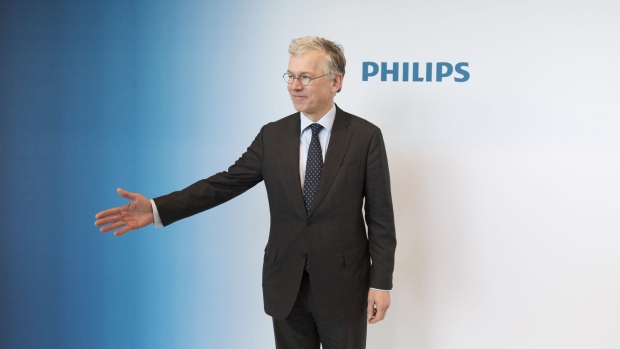 (Bloomberg) -- Koninklijke Philips NV, a maker of breathing machines used for treating sleep apnea, was accused in a lawsuit of improperly blaming its recall of about 3.5 million devices on unapproved cleaning products rather than the company’s own design flaws.

SoClean Inc., which sells cleaning products for the personal ventilators known as CPAP machines, accused Philips of “deflecting attention away from inexcusable design flaws, misleading the public, creating confusion, and causing hundreds of millions of dollars of damage in the process,” according to a federal lawsuit filed Tuesday in Boston.

Amsterdam-based Philips is wrongfully blaming ozone-based sanitizers for causing a breakdown in sound-dampening polyester foam in the devices that can then be breathed in by users, according to the lawsuit. Researchers have linked the foam material to cancer concerns. SoClean says it is the market leader in ozone-gas products used to kill germs, bacteria and viruses in ventilation equipment.

Silvie Casanova, a U.S.-based spokeswoman for Philips, didn’t immediately return a call or an an email for comment on the SoClean suit.

Philips announced a recall in June for its continuous positive airway pressure (CPAP) machines, many of which are sold under the DreamStation brand. The devices are designed to help users cope with sleep apnea, a disorder in which breathing temporarily stops, causing fatigue and heart problems.  Chief Executive Officer Frans Van Houten said in a July earnings call that cleaning products with ozone “should not be used on medical devices at all.”

Executives of Peterborough, New Hampshire-based SoClean contend Van Houten’s condemnation of ozone-based cleaners “has no scientific merit whatsoever” and has had a “devastating effect” on SoClean’s sales, inflicting more than $200 million in losses. Flawed product design by Philips and poor choice of materials for sound abatement in its CPAP machines were what led to the product recall, “not the use of ozone cleaners to sanitize and disinfect the devices,” SoClean said in the suit.