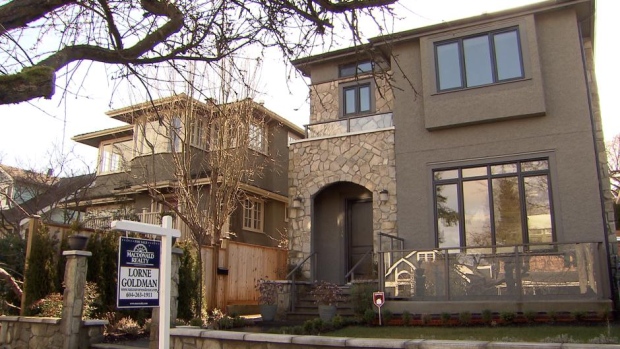 OTTAWA - The Canada Revenue Agency has launched a review into the actions of B.C. real estate speculators in light of a Globe and Mail report that uncovered possible tax evasion and fraud.

On the weekend, the B.C. government urged the CRA to track down tax cheats and toughen up its rules after a Globe investigation showed a network of speculators flips homes for a profit and evades taxes by classifying them as principal residences even though they never lived there.

“Like all Canadians, I am very concerned over allegations that some wealthy Canadians are not paying their fair share of taxes,” Diane Lebouthillier, the minister responsible for the Canada Revenue Agency, said in statement on Monday. “That is unacceptable and I’ve since asked Canada Revenue Agency officials to look into the specifics of the case that was reported by the Globe and Mail recently.”

Ms. Lebouthillier said the agency had already stepped up audits and investigations in Ontario and British Columbia, and that several real estate files are under review to determine whether a criminal investigation should be launched. The minister’s office declined to provide more details because they cannot comment on specific cases.

The Globe investigation revealed how Vancouver real estate speculator Kenny Gu paid next to nothing in taxes last year while millions of dollars flowed through his personal and corporate bank accounts.

A former employee of Mr. Gu, Demetre Lazos, said he tried to alert the CRA and the local police, but came to The Globe and Mail with detailed documentation after his tips received little attention from Ottawa and the police.

A CRA auditor who requested anonymity also told The Globe the agency’s auditors lack the experience needed to track down foreign income. The auditor said federal officials fear the agency could be seen as targeting the Chinese community if it cracks down on some activities.

“Management has known of this issue for at least three years but did not want to pursue the real-estate flips because most of the auditees were Chinese in descent. They were scared of being racist … I can confirm this fact, based on meetings held,” the auditor said.

Finance Minister Bill Morneau announced in June that the government is studying developments in the housing sector, and the House of Commons Finance Committee has agreed to launch a comprehensive study late this fall of the Canadian real estate market, including the links between the sale of homes and Canada’s financial system. The issue is also expected to come up during the committee’s prebudget hearings.

British Columbia’s Finance Minister, Mike de Jong, on Saturday called on Ottawa and the CRA to “diligently enforce the law.”

“The overheating that we’re seeing is really very concentrated in only a couple of markets. It’s not a broad over-heating of the market. So a blunt tool or a national strategy that is meant to dissuade any sort of behaviour may very well have, potentially, consequences for other parts of the country,” he said.

Mr. Dolega said the issue of “hot money” flowing from foreign markets into Toronto and Vancouver must be addressed by all three levels of government together.

“Ultimately, the onus is going to be on B.C., Ontario and the municipalities that are really seeing those flows,” he said.

Liberal MP Wayne Easter, who chairs the Commons finance committee, said it appears B.C.’s recent tax on foreign buyers is shifting foreign capital into Toronto’s housing market. He said Ottawa needs to work with all provinces to ensure the issue is dealt with in a co-ordinated way. However, he said it is not clear what further action the federal government should take.

“It’s a serious problem and it’s one that I think you ought to proceed with cautiously as well,” he said. “When people are getting to retirement age and they’re selling their property, that is in many cases one of their bigger assets, so you don’t want to undermine that either. But you don’t want housing price inflation that’s impacting Canadians who need a place to live.”

The CRA says it completed nearly 2,500 audits related to real estate in B.C. and Ontario between April, 2015, and June, 2016, and that the agency plans to do as many or more next year.

The 2016 federal budget set aside $500,000 for Statistics Canada to conduct a year-long study on how to collect data on purchases of Canadian homes by foreign buyers. It also gave Statistics Canada $13.5-million over five years to compile data on the housing market and so-called “shadow banking,” which is at the heart of transactions identified in The Globe’s investigation. The CRA also received $444.4-million over five years in the budget to boost tax enforcement.