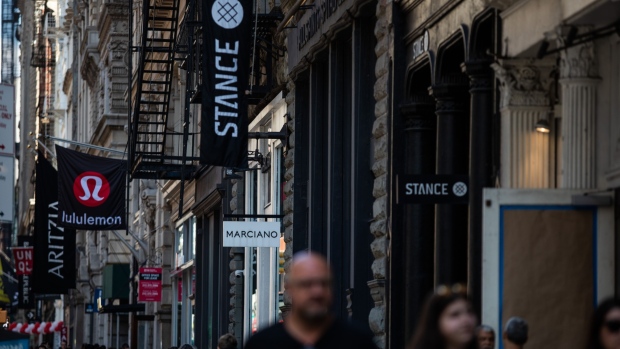 Pedestrians along a street in the SoHo neighborhood of New York, Sept. 25, 2019. Bloomberg/Demetrius Freeman

Jamie Dimon has been quick to trumpet the strength of U.S. consumers. Federal Reserve chief Jay Powell calls them a bright spot that is countering weakness in the manufacturing sector.

But there are signs that U.S. households are starting to feel stretched, possibly making it harder for them to continue propping up the economy.

The evidence is showing up on the debt side. Serious delinquencies on credit cards and auto debt have been creeping up in recent quarters. That’s pushed some banks to set aside more money to cover bad loans and tighten lending standards for credit cards and other consumer loans.

Adding to the concerns was an unexpected drop in retail sales in September, the first decline in seven months. While economists don’t see any serious problems yet, the numbers showed that consumers, who power some 70 per cent of the U.S. economy, may be on shakier footing. That’s a potentially worrisome sign when the manufacturing sector slipped into a recession in the first half of the year and businesses broadly are cutting back on investments.

“We’re in a more fragile situation where consumers are more skittish,” said Diane Swonk, chief economist at Grant Thornton in Chicago. “They’re more susceptible to negative news shocks even though we’ve got what should be these great underlying fundamentals.” 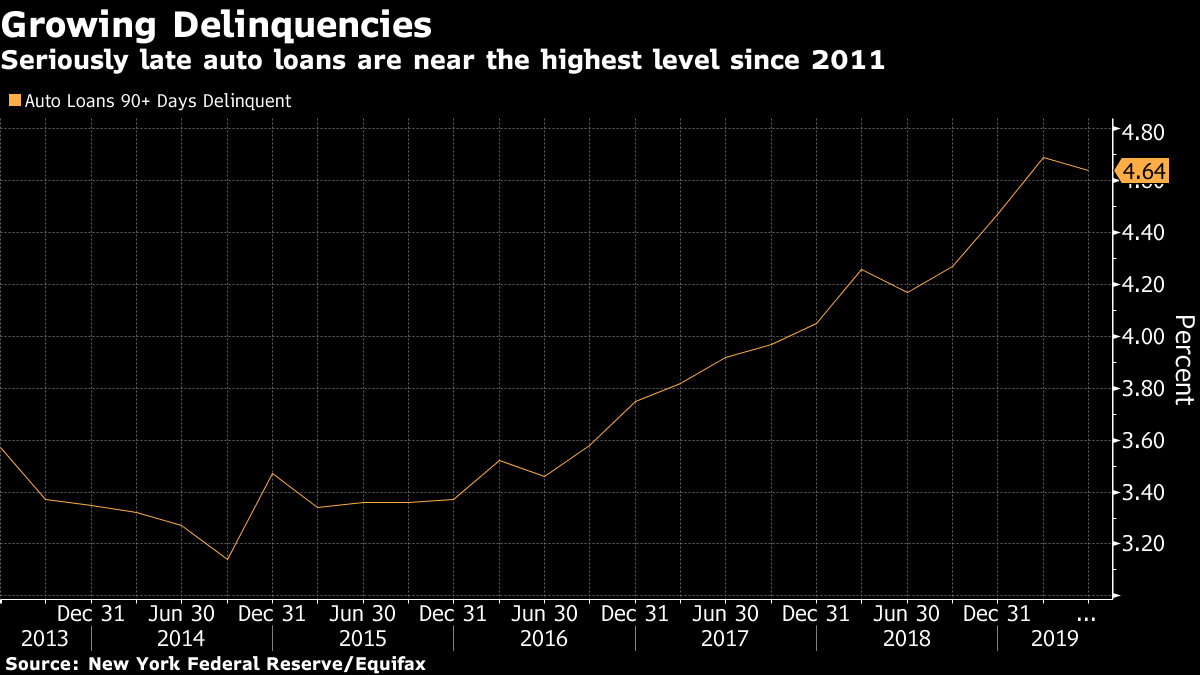 Many banks are already reacting. Even as JPMorgan Chase & Co. Chief Executive Officer Dimon was calling the consumer “quite strong” earlier this month, his bank increased the money it was setting aside for loan losses in its consumer and community banking division to US$1.3 billion, from US$980 million a year earlier. It did so even as the amount of loans in that unit’s books fell.

Discover Financial Services lifted loan loss provisions by eight per cent, saying consumers were “holding up well” but the company was being “disciplined and conservative and credit because it feels late cycle.“

American Express Co. also increased the amount it set aside for loan losses by eight per cent for the three months ended in September, because it had to write off slightly more bad loans, and more borrowers are falling behind on their obligations.

Across the U.S. in the three months that ended in June, auto loans that were 90 or more days late made up 4.6 per cent of total balances, near the highest level since 2011. In credit card lending, 5.17 per cent of loans turned seriously delinquent in that period, the fastest rate since 2012, according to Federal Reserve Bank of New York data.

Those rates remain well below levels seen during the financial crisis, but represent an uptick from earlier years in the recovery when banks were reluctant to lend to all but the most creditworthy borrowers.

“Why would firms go out there and take a big swing on risk?” said Brett Ryan, a senior U.S. economist for Deutsche Bank.

Smaller banks have been competing aggressively for new card customers, helping delinquencies on those loans spike to 6.3 per cent, compared with 2.4 per cent for accounts tied to the 100 largest lenders, according to Fed data.

Wage growth has been strong for much of the last year, but it’s since slowed to its lowest level in more than a year, to about 2.9 per cent.

UBS Group AG analysts said they’re growing worried about lower-income consumers who are showing signs of weakness in an otherwise strong market. A survey conducted by the bank found that debt burdens for many of those households have grown, and more are reporting credit problems like loan application rejections.

Of the people surveyed, 21 per cent said their mortgage loan applications aren’t completely accurate, up two percentage points from a year ago. That’s a sign that banks’ credit tightening is “substantial enough to require some consumers to falsify part of their loan application,” the analysts wrote. And fewer households reported that their financial condition had improved in recent months.

About 44 per cent of consumers are not meeting their expenses, the UBS report showed. That’s just a tick above the level a year ago but still the highest in five years.

“This is a two-tier economy,” said Matthew Mish, a credit strategist at UBS.