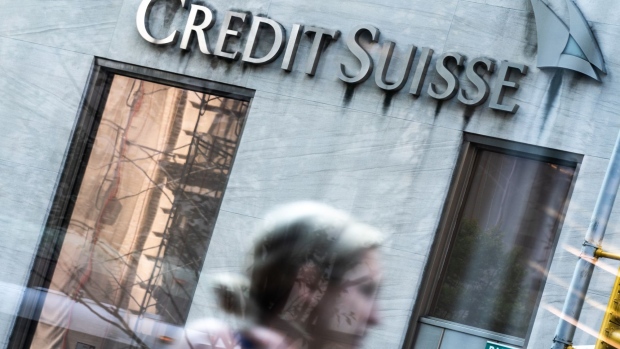 Credit Suisse Asset Management is getting back in the exchange-traded fund game nearly a decade after it effectively exited the business by selling its European unit to BlackRock Inc.

The Swiss firm plans to convert three of its index funds into ETFs that will trade on Deutsche Boerse AG, Borsa Italiana and SIX Swiss Exchange AG, it said in a statement on Monday. The asset manager will introduce products “where they exhibit efficiency advantages over index funds,” according to the release.

It’s a comeback of sorts for the asset manager, which oversees 132 billion Swiss francs (US$135 billion) in index products across the region. Credit Suisse sold its European business to BlackRock Inc. in 2013, helping catapult the New York-based firm into the regional leader with 44 per cent market share. Since then, rival UBS Group AG has gathered more than 65 billion euros (US$71.2 billion) into its products as demand surges among technology-savvy investors like robo advisers.

“The strategic importance of ETFs will further increase in the future as digital sales platforms gain greater significance,” Michel Degen, head of Credit Suisse Asset Management Switzerland and EMEA, said in the release.

Although still a fraction of the US$4.6 trillion U.S. market, the European ETF scene is becoming increasingly cut-throat, with Goldman Sachs Asset Management starting its business in the region last year. Others, such as BMO Global Asset Management, have succumbed to competitive pressures.

Fee compression is also ramping up, with the likes of Vanguard Group recently slashing costs on its passive products in the region.

The move by Credit Suisse “sounds like they are doing it for a robo advisor or someone else who wants intraday liquidity,” said Athanasios Psarofagis, an analyst at Bloomberg Intelligence.

CS AM is introducing the following funds: