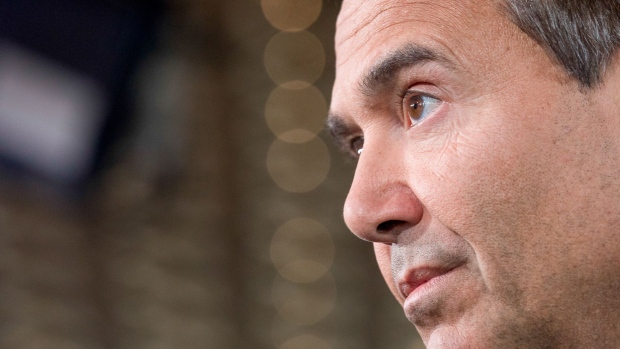 (Bloomberg) -- Credit Suisse Group AG Chairman Antonio-Horta Osorio bought 1.1 million francs ($1.2 million) of shares in a sign of confidence he can turn the bank around from one of the most turbulent periods in its history.

An undisclosed board member bought the stock, according to a Swiss stock exchange filing dated May 3. A spokesperson for the bank confirmed Horta-Osorio had made the purchase. The amount is equivalent to just under a quarter of his expected annual compensation.

The executive, who previously headed Lloyds Banking Group PLC, is expected to earn annual fees of about 4.7 million Swiss francs in cash and shares, which is the same as his predecessor Urs Rohner, according to the bank’s annual report.

Horta-Osorio said last week he plans a thorough assessment of the bank’s “strategic options” after the twin hits from the collapse of Archegos Capital Management and Greensill Capital. While he backed Chief Executive Officer Thomas Gottstein at the bank’s annual general meeting, the new chairman left little doubt about his appetite for change.

The recent missteps at the Swiss lender, he said, went beyond any crises he had lived through over three-and-a-half decades working at banks.