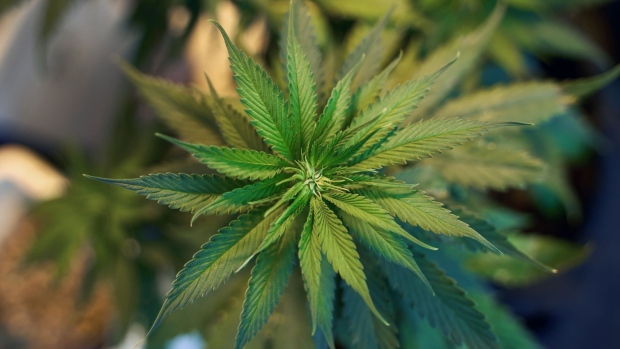 Cannabis plants growth at a Cannativa AC research lab in Mexico City, Mexico, on Friday, April 9, 2021. Mexico’s proposal to legalize cannabis has hit a snag in the Senate, where a revised version of the bill is under consideration. Photographer: Mauricio Palos/Bloomberg , Bloomberg

(Bloomberg) -- Credit Suisse Group AG has clamped down on its dealings with cannabis-related securities as part of an ongoing risk management review following a series of scandals at the bank.

The bank has put in place a formal cannabis policy and alerted some clients to the measure around March 24, according to a person familiar with the matter. The policy for the first time included a list of companies that Credit Suisse would not service, such as most of the large U.S. multi-state operators, the person said, asking not to be identified discussing a private matter.

The bank is still participating with some cannabis-related investments, such as cannabis ETFs, and Canadian licensed producers including Canopy Growth Corp., Aurora Cannabis Inc. and Tilray Inc. were not on the list, indicating that the bank can continue to operate with them, the person said.

The articulation of a conservative cannabis policy comes amid a de-risking effort by the bank following its troubles with Archegos Capital Management, a family office set up to manage the fortune of trader Bill Hwang whose implosion caused the bank a $5.5 billion hit. It also comes at a time when cannabis stocks have taken a turn for the worse since early February.