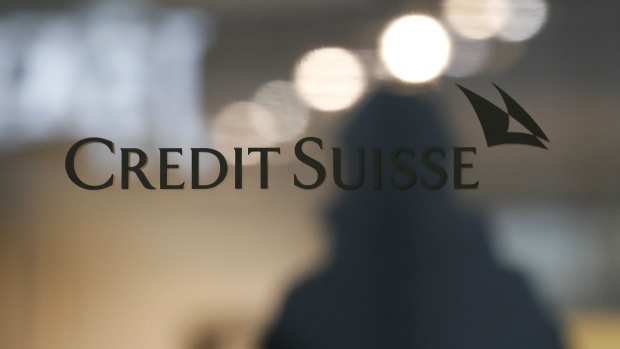 A Credit Suisse Group AG office building as night falls in Muri, Bern, Switzerland, on Monday, Feb. 15, 2021. Credit Suisse is expecting to post a fourth-quarter loss when it reports earnings on Feb. 18, after setting aside $850 million for U.S. legal cases including MBIA and booking a $450 million impairment on a hedge fund investment. Photographer: Stefan Wermuth/Bloomberg , Bloomberg

(Bloomberg) -- Credit Suisse Group AG’s investment bankers are set for higher bonuses, with those in other divisions likely to see flat or lower payments after the overall pool for discretionary pay was cut.

The Swiss bank -- which posted a fourth quarter loss of 353 million francs ($393 million) after hits related to U.S. legal cases and a hedge fund impairment -- reduced the bonus pool by about 7% for last year, Chief Financial Officer David Mathers said on a conference call. Payments will be better-than-expected for some bankers, after Bloomberg had previously reported that Credit Suisse was considering reducing the pool by at least 10%.

Chief Executive Officer Thomas Gottstein echoed comments of executives at rival lenders such as Deutsche Bank AG by signaling that Credit Suisse needed to pay for performance and that it would increase bonuses at the investment banking unit. The division profited from the boom in initial public offerings and blank check companies in the fourth quarter, helping compensate for lackluster trading results.

Credit Suisse’s overall bonus pool for 2019 was reduced by 1% from a year earlier to 3.17 billion francs, and stayed flat the previous year.