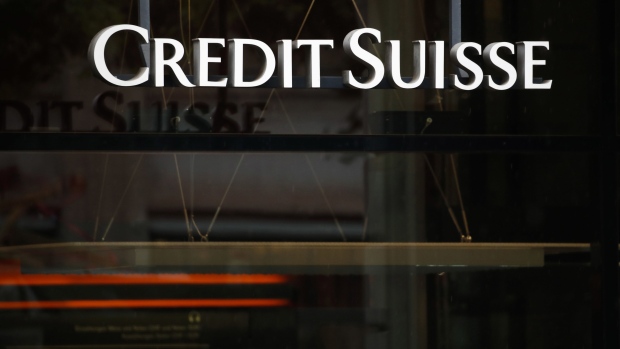 An illuminated Credit Suisse Group AG sign in a bank branch in Zurich, Switzerland, on Tuesday, July 13, 2021. Credit Suisse has been shaking up senior ranks and scrutinizing businesses as it tries to rebuild its reputation after dealings with Archegos and Greensill Capital ended in scandals. Photographer: Stefan Wermuth/Bloomberg , Bloomberg

(Bloomberg) -- Credit Suisse Group AG’s deputy wealth management head for Asia is leaving after about two decades with the bank, joining a wave of departures from the embattled firm.

Young Jin Yee, based in Singapore, tendered her resignation last week and may be heading to another firm, according to a person with knowledge of the matter.

“We are in a healthy capital and liquidity position,” the bank said in a statement in response to queries from Bloomberg. “Here in APAC, we are focused on ensuring that our clients get the advice they need to navigate challenging times in the markets.”

The Swiss lender, contending with a near-record low share price, is facing an erosion of talent in Asia. Five private bankers are leaving its Hong Kong operations, adding to two others who left last month, Bloomberg News reported.

Young is the highest-ranking wealth departure in Asia so far. She’s the deputy to Benjamin Cavalli, the regional head of private banking, as well as chief executive officer of the SymAsia Foundation Ltd., a non-profit group handling philanthropic activities of the bank’s wealthy clients. Her promotion, along with Cavalli’s, was announced in November when she also became the first female in a senior private banking role to join the bank’s Asia-Pacific operating committee.

Shares in the banking giant plummeted 12% to an all-time low Monday after a weekend of speculation about its financial health, before regaining almost all of the losses later in the day. That was accompanied by a spike in the cost to insure the bank’s debt against default, which jumped to its highest ever before recovering.

The bank is due to unveil a strategic review on Oct. 27, which is expected to include a large-scale investment-banking retreat. While it has outlined plans to expand its wealth unit by focusing on markets such as Hong Kong and Singapore, the bank risks becoming a poaching ground for rivals amid the turmoil.

(Updates with when Young’s promotion was announced.)