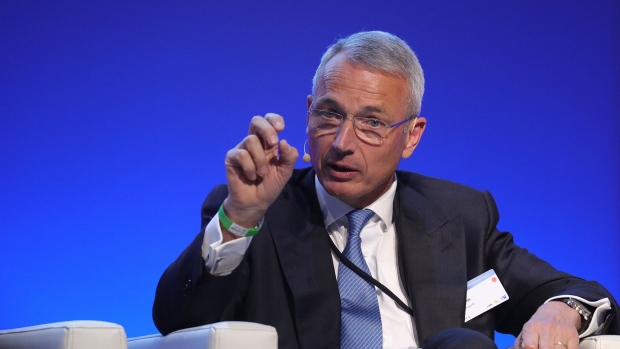 Axel Lehmann, chief operating officer of UBS Group AG, gestures whilst speaking during the B20 Summit, a business forum linked to Germany's G-20 presidency, in Berlin, Germany, on Tuesday, May 2, 2017. Ultra-loose monetary policy may increase risk of another crisis, German Finance Minister Wolfgang Schaeuble said during the business summit. , Bloomberg

“I regret that a number of my personal actions have led to difficulties for the bank and compromised my ability to represent the bank internally and externally,” Horta-Osório said in a statement. “I therefore believe that my resignation is in the interest of the bank and its stakeholders at this crucial time.”

Horta-Osorio, who was appointed as chairman in April, had been trying to steer Zurich-based Credit Suisse past a disastrous year when the collapse of Archegos Capital Management and the freezing of funds tied to Greensill Capital caused billions of dollars in losses and led to the departure of numerous senior managers.

The Portuguese banker attended the Wimbledon tennis finals in London in early July, a period when arrivals from Europe were obliged to undergo a period of quarantine, according to a report by Reuters, citing unidentified people familiar with the matter. The allegation came weeks after Horta-Osorio was forced to apologize for “unintentionally” breaking Swiss quarantine rules earlier this month by flying to the Iberian peninsula aboard a private jet.