The argument for an early dovish pivot by the Federal Reserve and other major central banks is now “clearly out of the window,” Michael Strobaek, global chief investment officer at the European bank, wrote in a note on Monday. Markets are now confronted with slowing growth, rising recession risks and elevated inflation, and “the next few months are thus likely going to be painful,” he said.

Stock traders worldwide had wrongly bet the Fed may signal a slowdown in its tightening at Jackson Hole, leading to a 13 per cent rally in the MSCI World Index from its trough to peak between June and August. Global stocks saw an intense two-day selloff as Chair Jerome Powell on Friday erased any lingering hopes of an early shift to looser monetary policy. 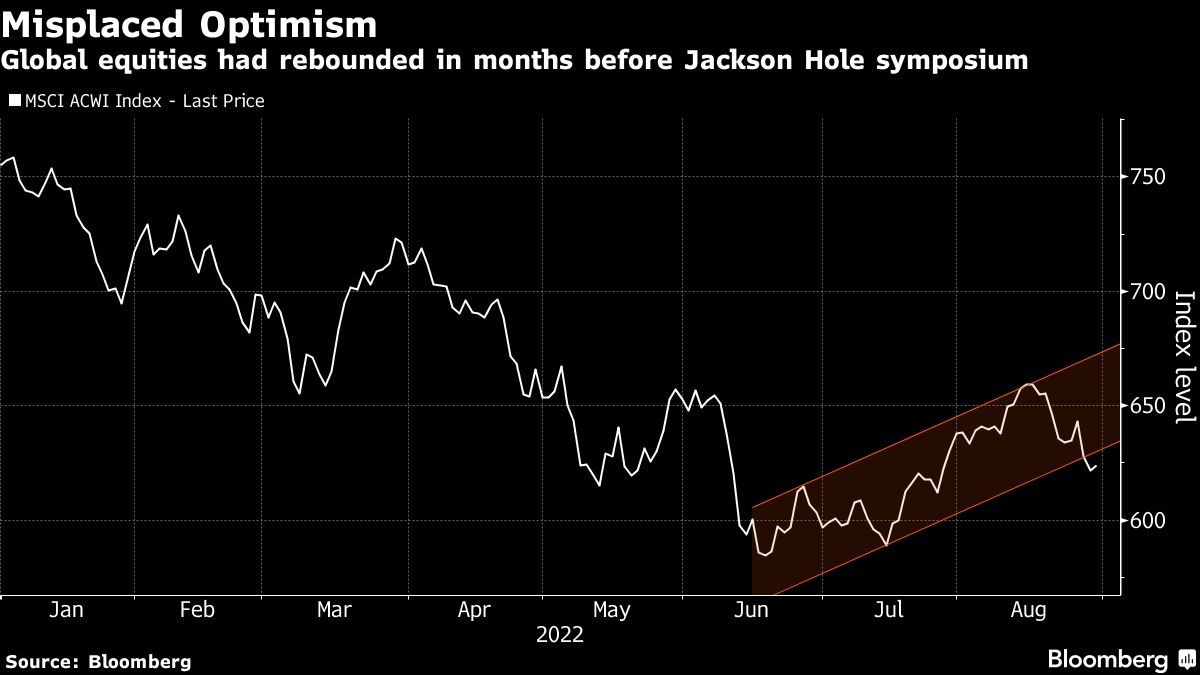 The underweight call is Credit Suisse’s second downgrade in less than a month, according to the note. The investment committee used the summer rally to reduce its equity allocation to neutral from overweight on Aug. 10, and has decided to lower its recommendation again as the outlook for both developed and emerging-market equities is “outright unattractive.”

While the months ahead will see greater volatility, Strobaek still advised against investors totally exiting equities. With inflation rates close to 8 per cent in many countries, holding too much cash would mean a “guaranteed loss in purchasing power,” he said.

Instead, the Swiss bank recommends investors to hold assets that can benefit over the longer term or emerging market hard-currency bonds that offer a substantial yield advantage over developed-market debt.

“I believe we are heading into a ‘reality check’ in the coming months,” he said. “For now, we take comfort in being more cautiously positioned.”