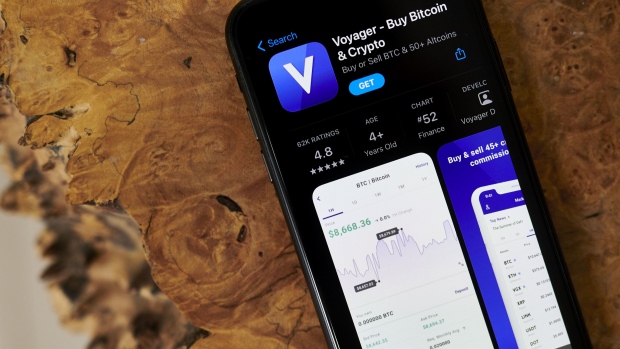 CrossTower is among several companies reviving or exploring new bids for Voyager. Asset manager Wave Financial is weighing up a return to the process after participating in the previous auction, a person familiar with the matter said, while the US arm of crypto exchange Binance is also said to be interested this time round, CoinDesk reported. Wave declined to comment.

FTX won a weeks-long auction to buy Voyager’s assets in September, but Voyager’s main bankruptcy attorney said the deal is no longer going ahead after FTX itself filed for Chapter 11 bankruptcy this month. The sale was valued at about $1.4 billion, of which $51 million was expected to be paid by FTX in cash.

CrossTower declined to provide details on its bid for Voyager or its funding partners, citing legal requirements involved in the process. CrossTower is much smaller than some of its global counterparts, with data from CryptoCompare showing about $21,700 in daily volume for the exchange on Nov. 23, compared to nearly $1 billion on Coinbase and $67.4 million on Bitstamp.

Contagion spreading from FTX’s failure has ignited a potential dealmaking spree in crypto, with firms that remain well-capitalized eager to acquire promising businesses experiencing crises in liquidity. Binance said it would establish an industry recovery fund earlier this month, but has yet to provide details on how much it is planning to raise or set aside for the vehicle.

When asked if the current climate in crypto had altered CrossTower’s risk appetite for acquisitions, CEO Kapil Rathi said the firm’s investors are “cautious” now that the overall market sentiment has soured. CrossTower President Kristin Boggiano said the firm and several of its backers have considered setting up a rescue venture fund of their own, while Rathi said CrossTower is not currently planning to contribute to Binance’s effort.

“We’re in a great place to either acquire entities who have a good set of customers with them and a good balance sheet,” Rathi said. “So we are openly looking at different types of companies from an organic growth perspective.”

Boggiano said CrossTower itself had “minimal exposure” to FTX’s collapse, and that Voyager’s own $3 million in exposure to the exchange was not a concern compared to the potential value of its business. “Three divided by $1.3 billion is a very small number,” she added.

Transparency in company financial disclosures and storage of store customer assets is also at the forefront of industry discourse, following the revelation that billions of dollars in FTX assets have yet to be located by executives. Most major exchanges have pledged to publish proof of their reserves in recent weeks, typically in the form of a third-party audit.

“There’s an opportunity in this market to provide a compliance focused platform and to bring the transparency and trust that people have been hoping for,” said Boggiano. In bidding for Voyager, the career histories of Rathi and herself, with several years spent at firms like the New York Stock Exchange and Guggenheim Partners, “bring to it a different perspective that some of the more inexperienced people -- that have two or four years of experience -- may not have have lived through,” she added.