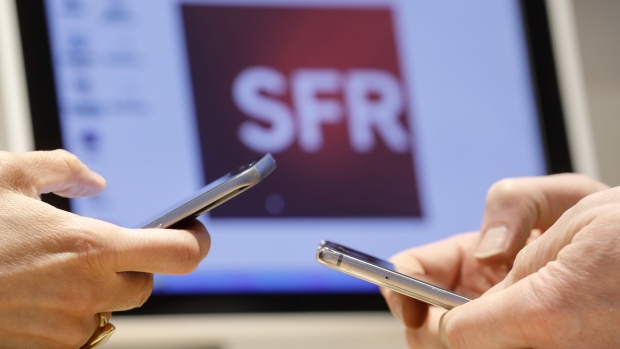 Employees use smartphones inside an SFR mobile phone store, operated by Altice NV, in Lille, France, on Monday, Jan. 29, 2018. Patrick Drahi's Altice is considering options to raise money for expansion in the U.S., including an initial public offering of the cable-TV business it created by buying Cablevision Systems and Suddenlink, according to people with knowledge of the situation. , Bloomberg

OTTAWA -- Canada's telecoms regulator has asked wireless providers to stop offering phone financing plans longer than 24 months as it investigates whether they violate the wireless code.

The Canadian Radio-television and Telecommunications Commission said Friday that the recent trend to offer 36-month smartphone financing may violate the two-year limit on contracts set out in the code.

The regulator says that while the longer financing plans could make device purchases more affordable, the plans may carry cancellation fees or other clauses that would lock customers in for longer than the two-year limit set in the code.

"We want customers to have options for financing their device, if they so choose, but we also need to make sure these new 36 month device financing plans are fair for consumers," said CTRC chief executive Ian Scott in a statement.

The regulator said the limit was set to make it easier for customers to switch providers for better offers, something the longer financing plans could hinder.

The warning comes soon after Telus Corp. (T.TO) confirmed it planned to roll out a 36-month payment plan for phones, while Rogers Communications (RCIb.TO) launched a 36-month financing in early July.

Rogers maintains that the device financings are acceptable because they are month-to-month and don't charge interest or a cancellation fee, although outstanding balances may become due if the customer drops the service.

"Where you can finance the device over 36 months, that really supports the affordability pieces that we've been articulating."

BCE Inc. (BCE.TO) chief executive George Cope said on a conference call Thursday that the company would likely extend its financing plans from their current 24 months.

"To have that financing over three years is an intelligent move for the consumer market and one that you'll probably ultimately see us roll out with as well as we're currently at the 24 months."

The CRTC has already solicited some information from wireless providers, but says it will publish a notice of consultation to examine the issue in greater detail.