Canadians on cruise ship near California going into quarantine in Trenton

Cruise stocks plummeted Monday, in a rout that stood out even among the broader decline in equity markets, after the U.S. warned Americans to stay away from cruise ships as the coronavirus spreads.

In less than two months, the three U.S.-based operators have lost more than US$42 billion in market capitalization, more than half of their value. By popular measures of stock value, including trailing price-earnings ratio, prices are now more depressed than they were during 2008 financial crisis. The industry has proven resilient to previous bouts of disease and economic contractions.

But it remains to be seen how it will proceed with the U.S. government essentially telling Americans to avoid sailing with them. 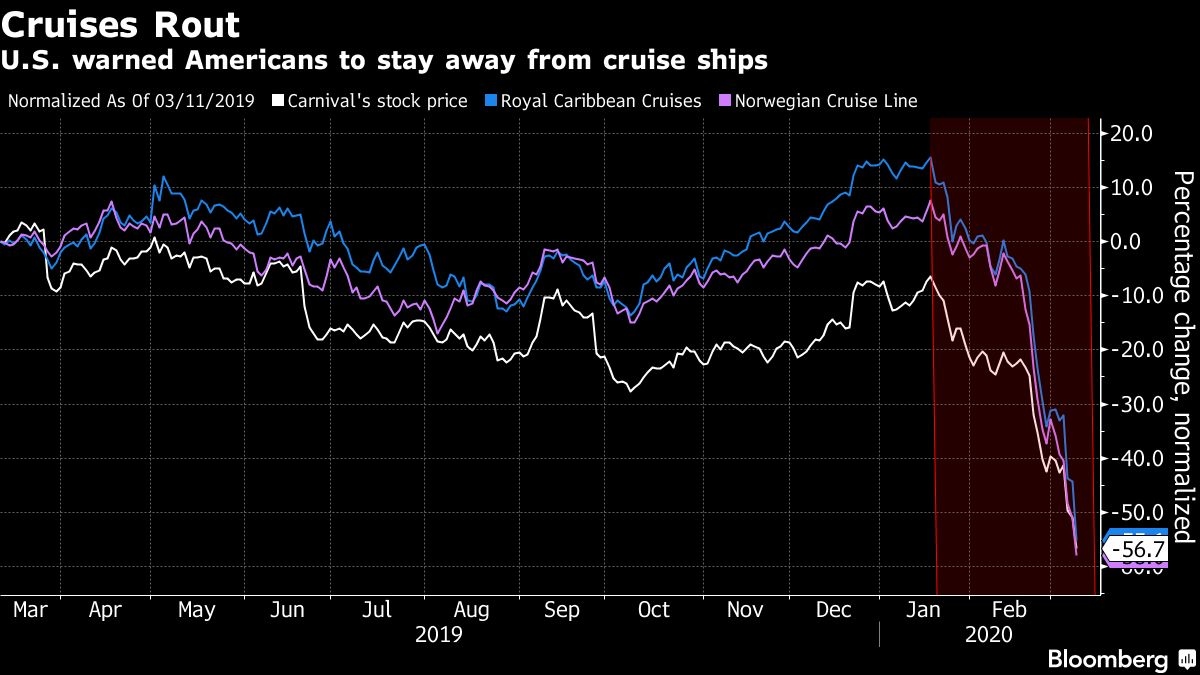 “They will likely survive but no guarantees,” C. Patrick Scholes, an analyst at SunTrust, wrote in an email Monday.

Fortunately for them, Scholes said the companies weren’t over encumbered with debt going into the crisis.

A cruise ship operated by Carnival’s Princess Cruises, Grand Princess, is expected to begin disembarkation in the Port of Oakland Monday, after officials confirmed at least 20 people on board had coronavirus.

Separately, another Princess ship, Regal Princess, was given clearance to resume sailing and docked at a Florida port after tests for two crew members came back negative for coronavirus.

--With assistance from Cécile Daurat.