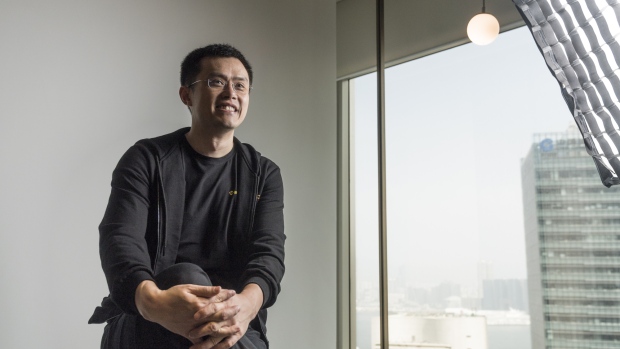 (Bloomberg) -- One of the largest cryptocurrency exchanges is looking to partner with governments and companies to develop new digital currencies as it competes with the Libra project spearheaded by Facebook Inc.

To that end, Malta-based Binance said it plans to create an independent “regional version of Libra,” the digital coin being developed by Facebook Inc. and partners, in a Chinese-language statement on its website Monday. The firm run by Chief Executive Officer Zhao “CZ” Changpeng said its open blockchain project, Venus, is intended to “empower developed and developing countries to spur new currencies.’’

Developing so-called stable coins like Tether that are pegged to the U.S. dollar or another traditional currency has become a goal for many crypto platforms. Traders have flocked to these lower-volatility coins as they can be used to facilitate transactions and to park funds during wild swings in prices.

Unlike Facebook, which announced its Libra coin with 27 partners from Visa Inc. to Uber Technologies Inc. signed up, Binance did not say if any other players have signed up to Venus. Instead the company said it “welcomes additional government partners, companies and organizations with a strong interest and influence on a global scale to collaborate with us to build a new open alliance and sustainable community.’’

Binance already has experience with stable coins, having issued a token pegged to the U.K. pound earlier in the year. The exchange says it handles an average $1.2 billion of trading volume a day.

Crypto firms have not only struggled to maintain stability in coin prices, but also with security in holding the digital assets. In May, Binance said hackers withdrew 7,000 Bitcoins worth about $40 million in a “large scale security breach.”

--With assistance from Shiyin Chen.

To contact the reporter on this story: Alastair Marsh in London at amarsh25@bloomberg.net

To contact the editors responsible for this story: James Hertling at jhertling@bloomberg.net, Todd White, Sid Verma