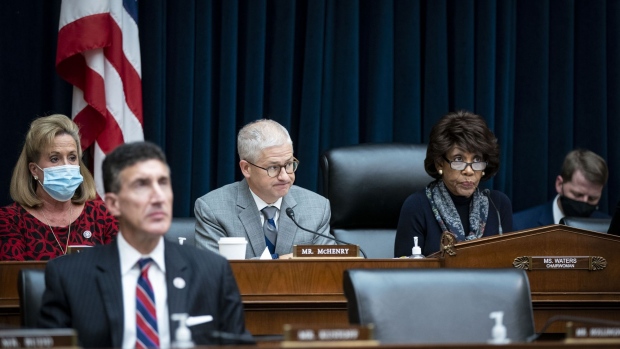 (Bloomberg) -- Partisan divisions appeared between lawmakers early at a cryptocurrency hearing Wednesday, as Democrats raised concerns about fraud and other abuses while Republicans cautioned against too much regulation slowing down innovation.

Meanwhile, the panel’s ranking Republican, Patrick McHenry, argued that “we don’t need knee-jerk reactions from lawmakers” who don’t understand the industry. He said Congress should embrace digital currency technologies and ensure the growth of crypto happens in the U.S.

The hearing marks the first time a group of crypto chief executives are testifying before Congress. The stakes for the industry are high, as lawmakers and regulators are struggling over how to police tokens. Tens of millions of average Americans have rushed to invest in digital coins, making it a roughly $2.4 trillion market.

The panel invited some of the biggest names in digital currency, including the chief executives of the FTX derivatives exchange, Circle Internet Financial Inc. and Bitfury Group Ltd. Also among the witnesses was Alesia Haas, chief financial officer of Coinbase Global Inc, the biggest U.S. crypto exchange.