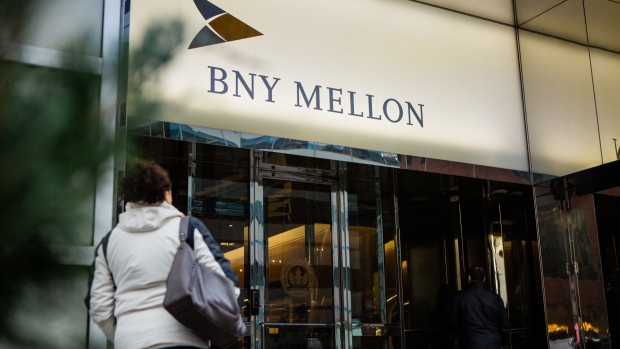 (Bloomberg) -- Cryptoassets could create a meaningful source of revenue for Bank of New York Mellon Corp. as soon as next year, according to Chief Financial Officer Emily Portney.

The firm is collaborating with Fireblocks, a unicorn fintech that enables financial institutions to store, move and issue cryptocurrencies, which is “foundational to everything we’re going to do,” Portney said in an interview on Tuesday after the firm reported fourth quarter results. The bank is now awaiting clarity from global regulators on the rules governing such assets.

“There are proposals in front of the Securities and Exchange Commission that haven’t yet been approved on whether ETFs can actually hold digital assets directly versus futures,” she said, adding that clarity could come in the first half of this year and provide an important turning point.

Launching the first physically-backed Bitcoin ETF remains the holy grail for investment fund providers, who see such products as an entry into crypto for millions of individual investors. However, the SEC has rejected several proposals so far, saying they failed to meet requirements to prevent fraudulent and manipulative practices.

The regulator offered some hope when it approved a futures-backed Bitcoin ETF in October. The ProShares Bitcoin Strategy exchange-traded fund became the second most-heavily traded ETF debut on record, after filing under mutual fund rules that SEC Chairman Gary Gensler has said provide significant investor protections. Yet its fortunes quickly turned, and it tumbled 30% in its first two months to become one of the 10 worst launches ever.

While digital assets won’t be a meaningful contributor to revenue until probably 2023 or 2024, BNY Mellon is “leading the charge” in crypto innovation, Portnoy said.