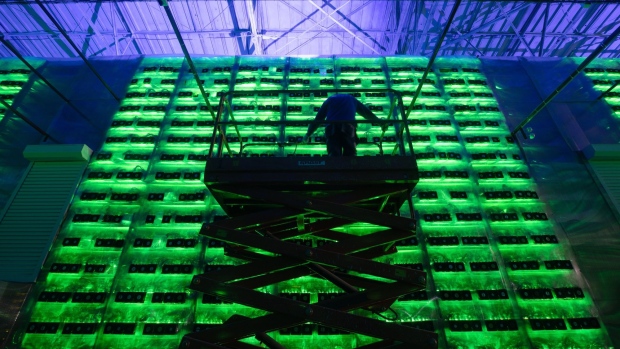 (Bloomberg) -- Union Bank of the Philippines plans to offer trading and custodial services for cryptocurrencies to capitalize on fast adoption of digital tokens in the Asian nation.

The average Filipino will likely hold 3% to 5% of their personal assets in digital tokens such as Bitcoin in five years assuming markets are “stable,” up from around 1% to 2% now, said Cathy Casas, head of the bank’s blockchain and application programing interface group. Many crypto investors are young people, some of whom earn tokens from play-to-earn virtual games, she said.

“It’s a way to future-proof our banking business,” Casas said in an interview.

About a fifth of the local population have dabbled in cryptocurrencies, Casas estimated. That’s far above the global average of 5%, according to an estimate from Binance Holdings Ltd., operator of the world’s largest cryptocurrency exchange.

Regulators around the world have taken notice of crypto’s rapidly growing appeal, and some are taking steps to limit marketing to consumers. Singapore this week told companies in the sector to stop most consumer-facing marketing, citing concerns that retail traders might get burned.

“We are making efforts to educate our clients also via social media, making sure that they are safe,” Casas said.

The bank’s custodial services for digital assets will also cover tokenized bonds, which it is already helping clients issue, Casas said. In 2019, UnionBank became the first Philippine lender to launch its own stablecoin -- called PHX -- providing rural banks in its network easier access to remittances and payments.

Philippine central bank Governor Benjamin Diokno has cautioned against cryptocurrencies, saying they could “pose a danger to the financial system” as they are “very vulnerable” to illicit activities like money laundering and terrorist financing.