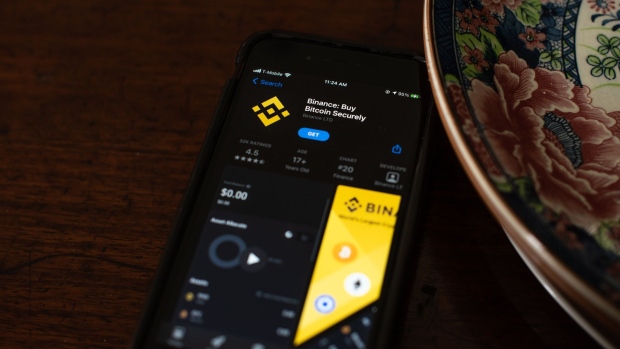 The Binance Exchange application for download in the Apple Inc. App Store on a smartphone arranged in Dobbs Ferry, New York, U.S., on Saturday, Feb. 20, 2021. Bitcoin has been battered by negative comments this week, with long-time skeptic and now Treasury Secretary Janet Yellen saying at a New York Times conference on Monday that the token is an “extremely inefficient way of conducting transactions.” , Bloomberg

A Binance spokesperson confirmed the appointment, which was first reported by The Wall Street Journal, adding that “it is working with Mazars to conduct a third party financial verification as part of the Proof of Reserves updates.”

“Mazars is reviewing all information that we have shared publicly to date on Proof of Reserves (BTC) and will also be verifying future updates and tokens,” the spokesperson said in an emailed statement to Bloomberg News. “The first verification update for BTC will be completed this week.”

The collapse of Sam Bankman-Fried’s FTX empire has investors seeking more transparency from the usually opaque crypto exchanges. Earlier this month, Binance disclosed its holdings of major tokens and said more data will be shared later in a “full audited report.”  The move comes as other exchanges also vowed to provide more detailed disclosures to clients on the tokens they hold.

Mazars is a global accounting firm headquartered in Paris, France. Its US division, Mazars USA LLP, worked for former US President Donald Trump’s company. A representative from Mazars did not immediately respond to a request to comment.