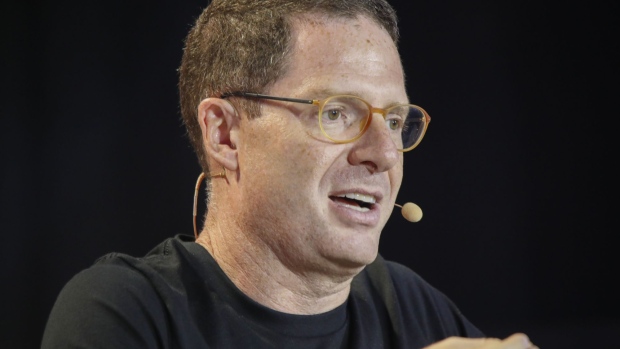 Brian Brooks, chief executive officer for the U.S. for Binance Holdings Ltd., listens during the Bitcoin 2021 conference in Miami, Florida, U.S., on Friday, June 4, 2021. The biggest Bitcoin event in the world brings a sold-out crowd of 12,000 attendees and thousands more to Miami for a two-day conference. Photographer: Eva Marie Uzcategui/Bloomberg , Bloomberg

Alvarez was previously the commissioner of the California Department of Financial Protection and Innovation, the company said Tuesday in a statement. He’ll join on July 22 and report to Brooks, who is chief executive officer.

Brooks has been building out his team since joining the company in May by nearly doubling headcount and putting in place plans to hire hundreds of people in the next six to nine months, filling roles in risk management, compliance and legal. Brooks said Binance.US eventually could go public, possibly in the next four years.

“Bringing on someone like Manny, who was the regulator responsible for the protection of over 40 million consumers, shows not only do we take this seriously, but we’re not going to be defensive about compliance and consumer protection,” Brooks said in a phone interview. “We’re going to be on the front foot, so we will hire the very best talent, the very most-senior people to run those functions for us because we agree they’re super important.”

The cryptocurrency space has come under increasing scrutiny with exchanges such as Binance Holdings Ltd. facing pressure from regulators in regions such as Thailand and the U.K. Brooks clarified that Binance.US is separate from Binance and just shares a common founder. Historically, Binance.US licensed the name and some technology from Binance.

The market has hit a point in its growth cycle that it needs basic frameworks, although the calls for regulation aren’t bad signs, according to Brooks. Now, exchanges such as Binance.US have to navigate the big question of compliance.

“How do you allow decentralization to occur, how do you bring these assets to the market, while ensuring good risk management, compliance with law, the disclosure of what you’re selling to your customers and those kind of things?” Brooks said Tuesday in an interview with Bloomberg Television.