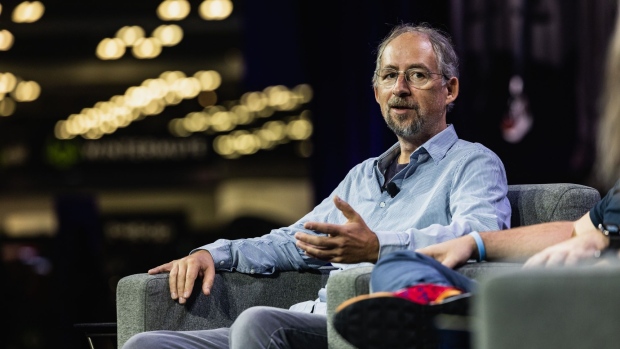 Adam Back, chief executive officer of Blockstream, speaks during the CoinDesk 2022 Consensus Festival in Austin, Texas, US, on Saturday, June 11, 2022. The festival showcases all sides of the blockchain, crypto, NFT, and Web 3 ecosystems, and their wide-reaching effect on commerce, culture, and communities. , Bloomberg

(Bloomberg) -- Crypto infrastructure company Blockstream Corp. is raising fresh funds at a lower valuation than at its most recent financing as the collapse of the FTX exchange exacerbates a challenging venture capital backdrop for digital-asset firms.

The valuation may be below $1 billion, people familiar with the matter said, asking not to be identified discussing private information. One of the people said the figure may change. The firm was valued at $3.2 billion when it raised $210 million in 2021 from investors including Baillie Gifford and iFinex.

Blockstream’s Chief Executive Officer Adam Back declined to comment on the size of the funding round or valuation but said that the money would be used to expand capacity to host crypto miners.

“We rapidly sold out all of the capacity and have a big backlog of existing and new customers with miners seeking large-scale hosting with us,” Back said.

Canadian business Blockstream was founded 2014 and is working on a joint project with Jack Dorsey’s Block Inc. to build a solar-powered Bitcoin-mining facility. Blockstream has also received backing from LinkedIn co-founder Reid Hoffman.

But venture financing is harder to obtain in a crypto sector reeling from this year’s rout and plagued by fears of further contagion after FTX’s implosion. Companies such as Amber Group and Blockchain.com were contemplating flat or down funding rounds. An earlier record pace of investment into blockchain startups has given way to far frostier conditions in the crypto winter.

Many crypto miners have been squeezed by the collapse in the price of Bitcoin and other tokens alongside a surge in electricity rates, leading to defaults on loans and the seizure of computer rigs.

“While Bitcoin price and mining profitability are down, hosting rates have risen over the last quarters and our mining services are a rapidly expanding, high-margin enterprise business for us,” Back said.