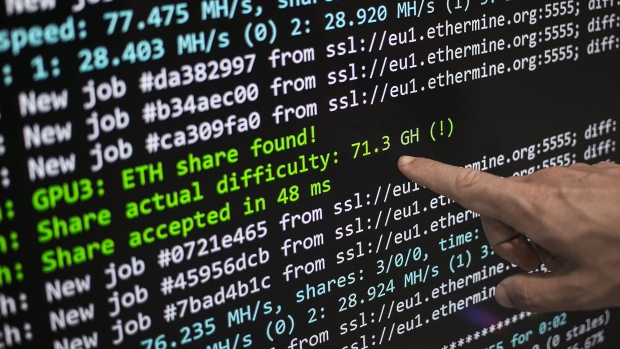 (Bloomberg) -- Crypto platform Polygon is buying startup firm Predicate Labs, the developer of the Mir blockchain protocol, in a deal valued at about $500 million as part of a broader strategy to help expand Ethereum’s capacity and pave the way for broader adoption.

While the Ethereum blockchain is one of the most-used in the world, challenges related to its capacity sometimes mean users pay high fees. Mir has a technology called zero-knowledge rollups that offloads data from Ethereum to reduce fees and to speed up transaction processing.

The acquisition is part of a $1 billion Ethereum push by Polygon, and adds to several other purchases the company has made already. Mir will be integrated into the Polygon ecosystem under its new name, Polygon Zero, alongside existing solutions including Polygon PoS, Polygon Hermez and Polygon Miden.

The acquisition should help Polygon become a bigger player in so-called Layer 2 technologies, also called rollups, which effectively take transactions from Ethereum, compress them and post them back to the original chain for a fraction of time and cost. Rivals such as Arbitrum, Loopspring, Optimism and StarkWare are leading the shift to Layer 2.

Polygon’s token MATIC is currently the 14th-biggest cryptocurrency by market value. It has risen more than 30% in the past seven days, and jumped more than 12,000% in the past year, according to pricing from CoinGecko.

Polygon will pay $100 million and 190 million MATIC tokens, which is equivalent at current prices to about $500 million.