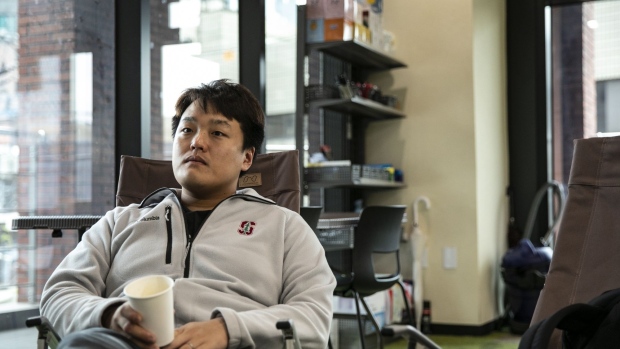 (Bloomberg) -- Terraform Labs co-founder Do Kwon, who faces South Korean charges over a $60 billion cryptocurrency wipeout, denied he’s in hiding after authorities said Interpol had issued a red notice for his arrest.

Kwon took to Twitter on Monday to say that he’s “making zero effort to hide,” adding “I go on walks and malls.” Prosecutors in Seoul earlier said Interpol had requested law enforcement worldwide to locate and arrest the fallen 31-year-old crypto entrepreneur.

Officials have accused Kwon and five others of crimes including breaches of capital-markets law.

Kwon earlier this year moved from South Korea to Singapore, where his now collapsed Terraform Labs project had a base, but his location became unclear after the city-state on Sept. 17 said he’s no longer there. Prosecutors subsequently stepped up their efforts to find him.

Terraform Labs was behind the TerraUSD algorithmic stablecoin and sister token Luna. Both coins imploded in May, sparking huge losses in crypto markets and intensifying regulatory scrutiny of digital assets.