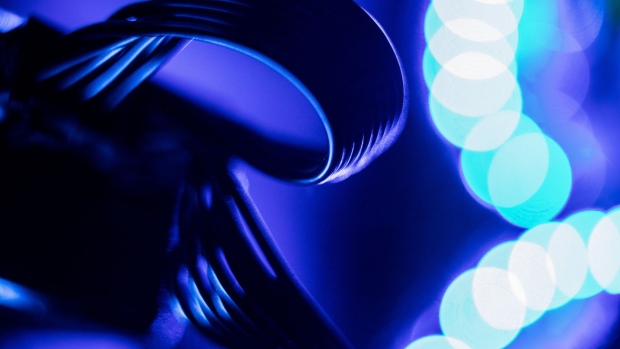 Lights illuminate power connector cables inside a 'mining rig' computer, used to mine the Electroneum cryptocurrency, in Budapest, Hungary, on Wednesday, Jan. 31, 2018. Cryptocurrencies are not living up to their comparisons with gold as a store of value, tumbling Monday as an equities sell-off in Asia extended the biggest rout in global stocks in two years. Photographer: Akos Stiller/Bloomberg , Bloomberg

(Bloomberg) -- Cryptocurrency exchange Curve Finance appeared to have been buffeted by a security incident on Tuesday, adding to a litany of recent breaches afflicting the digital-token sector.

Viewed as one of the most important projects in decentralized finance, Curve tweeted that an “issue has been found and reverted” after earlier warning against using its curve.fi website.

The exchange also retweeted a post suggesting attackers spirited away about $500,000 in stolen funds. Curve faulted a compromised nameserver -- nameservers direct internet traffic to the right sites -- and said an investigation is ongoing.

Tracker DeFi Llama estimates that $6 billion has been deposited in the Curve protocol, down from some $24 billion at the beginning of the year.

Curve said any contracts approved on its service in the past few hours should be revoked immediately.

This latest incident is likely to add to concerns about security vulnerabilities in the digital-token sector -- the past few days alone saw a $190 million hack on crypto bridge Nomad and an attack on the Solana ecosystem.

(Updates with more on the incident in the fifth paragraph.)