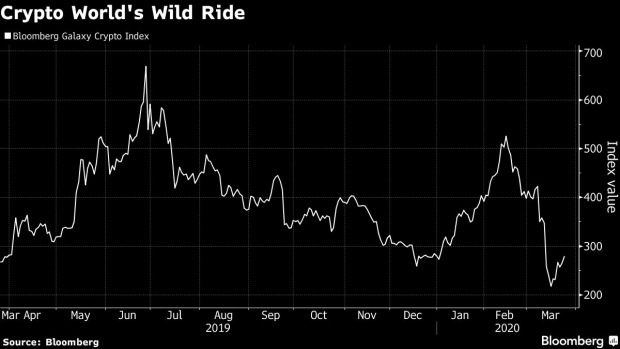 (Bloomberg) -- The main U.S. derivatives regulator is taking a significant step in defining the sometimes blurry line between cryptocurrency futures and trading in the spot market.

The Commodity Futures Trading Commission on Tuesday laid out its view on what it means to take “actual delivery” of a digital asset. The long-awaited guidance is significant because it means that there could be penalties for trades that don’t let the buyer take physical possession and control of a coin within 28 days -- the cut off line for when trades in commodities like wheat and oil start to be considered futures contracts.

Long-existing rules requiring traders and exchanges to be able to deliver physical commodities unless they’re futures trading on a CFTC-regulated exchange has sowed some confusion for Bitcoin, Ether and other digital assets because they exist only in cyberspace. The issue has been further complicated by trading platforms allowing investors to leverage their bets multiple times using margin, or borrowed money.

The guidance is the latest step by the CFTC to police digital assets and one of the more significant ones on the topic since Heath Tarbert became chairman last summer. The agency has said it considers Bitcoin and Ether to be commodities and that any derivatives on those currencies fall under its jurisdiction.

While guidance largely tracks with a proposal the regulator put out in December 2017, it still may force some major U.S. trading platforms to rethink business lines or risk facing enforcement actions. The guidance could particularly impact market operators that offer margin loans that result in no actual cryptocurrencies changing hands.

Specifically, the agency said “actual delivery” of a digital asset occurs when: