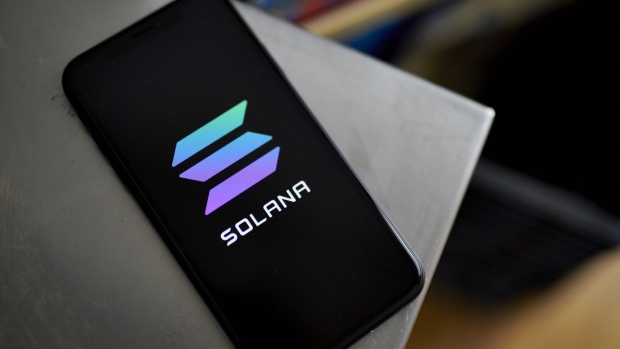 Real-time market data provider Pyth Network is going live on one of the fastest growing crypto blockchains, which will allow developers to integrate its feeds across decentralized finance platforms and applications.

Pyth will run on the so-called mainnet of Solana, a proof-of-stake network that’s billed as being capable of matching the transaction speeds of the Nasdaq exchange, according to a statement Wednesday. Pyth publishes at sub-second intervals and provides coverage of high-fidelity streaming data from cryptocurrency, U.S. equities, foreign exchange and commodities markets. It’s composed of both primary and derived data from trading firms and exchanges, which allows it to cover a large share of global market activity with minimal dependency on any single data source -- cutting the likelihood of one or more data providers attacking or manipulating the aggregate price.

“It’s an equalizer of access,” said Kanav Kariya, director of strategic initiatives at Jump Trading, one of the trading firms involved in Pyth, in a video interview. “Blockchain-based applications are getting this application as fast as the fastest traders, and when you’re building applications on-chain, that speed is very important.”

The DeFi ecosystem aims to replace traditional finance -- and break ground in yet-unexplored turf -- through embedded applications called smart contracts that run on a blockchain, or a series of interlocking digital ledgers. But to do that, these programs need reliable data on, say, the latest price of assets, so they know when to automatically take actions like buying or selling. Pyth is an attempt to fill that role.

Traders and exchanges contributing to the Pyth network include some of the biggest names in crypto and finance, such as Jump Trading, LMAX, Virtu Financial, MIAX/BSX, Genesis Global Trading, FTX, IEX, CoinShares and DRW Cumberland.

“We believe the Pyth network, built on the low-latency Solana blockchain, can revolutionize and democratize market data provision,” said David Mercer, chief executive of LMAX Group. “This is a milestone for the industry as the DeFi ecosystem expands.”

In coming weeks, Pyth will be able to broadcast market data through the so-called Wormhole Network, which will allow it to communicate with decentralized applications, or dapps, across the Ethereum, Binance Smart Chain and Terra ecosystems, further expanding its capabilities.