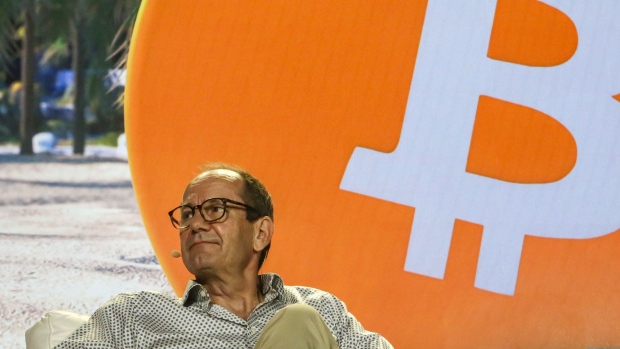 Shares of Marathon Digital Holdings Inc. tumbled 27 per cent after the cryptocurrency mining company disclosed that it received a subpoena from the U.S. Securities and Exchange Commission related to a partnership for a Montana data facility.

In a quarterly filing, Marathon acknowledged the subpoena asking it to produce documents and communications concerning the facility in Hardin, Montana, a venture formed with Beowulf Energy in October 2020. The SEC may be investigating whether there were violations of securities law, the Las Vegas-based company said. The firm also announced plans to sell US$500 million in convertible securities.

“It’s never good news for the SEC following up,” said Chris Brendler, an analyst at DA Davidson & Co. who has a buy rating on the shares. “Worst case, it’s a fine. Nothing materially changes about the business.”

The SEC’s query follows roughly one year after Marathon reached a deal with Beowulf Energy, aimed at developing a Bitcoin mining operation with low energy costs. Marathon would co-locate its Bitcoin mining data center at Big Horn Data Hub, which is described as 20 acres of land adjacent to Beowulf’s Hardin generating station. Beowulf would provide power from its Hardin plant to the Data Center and received stock as a result of its venture with Marathon.

A company representative declined to comment beyond the filing via email. Marathon is cooperating with the SEC, the filing said.

The private offering of the five-year notes would be to so-called qualified institutional investors. Proceeds are to be used to buy additional Bitcoin and mining equipment to process cryptocurrency transactions. Investors will have the right to convert the notes to common stock in certain circumstances and during specified periods.