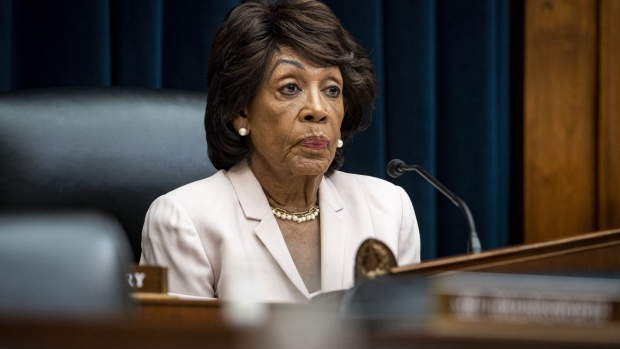 A collection of bitcoin, litecoin and ethereum tokens sit in this arranged photograph in Danbury, U.K., on Tuesday, Oct. 17, 2017. On Wednesday, billionaire Warren Buffett said on CNBC that most digital coins won't hold their value. , Bloomberg

(Bloomberg) -- US lawmakers’ efforts to pass significant crypto legislation by the end of the year are on life support, leaving in place Washington’s scattershot approach to digital coins.

Several high-profile, bipartisan bills that once seemed to have a promising shot of passing before the end of 2022 are held up, with congressional committees pushing off important votes. And now with lawmakers squarely focused on next month’s elections, their chances of becoming law in 2022 have all but evaporated.

“Given the calendar, getting any piece of legislation through both houses is going to be a monumental task,” said Perianne Boring, founder and chief executive officer of the Chamber of Digital Commerce trade group.

While most business sectors are fine with -- or even lobby for -- morass in Washington, the crypto industry has been pushing hard for new laws. They say Congress needs to step in because current American financial rules, and the government agencies enforcing them, are ill-equipped for digital assets.

Recent turmoil in the crypto markets, including the collapse of the popular algorithmic stablecoin TerraUSD, have saddled investors with billions of dollars of losses and increased calls for Capitol Hill to act. In addition to a lack of regulatory clarity and failures in the market, the price of Bitcoin -- the world’s largest cryptocurrency -- has fallen by more than 50% since the beginning of the year.

Among the many bills under consideration, legislation to regulate crypto stablecoins and to give the Commodity Futures Trading Commission more power to oversee digital assets have gained the most traction. However, the bipartisan interest so far isn’t translating into success.

For example, a stablecoin bill that’s been privately negotiated for months by leaders of the House Financial Services Committee, with input from the Biden administration, has faltered as lobbyists and lawmaker staff remain locked in discussions. Sticking points include the role of state regulators and who should get accounts with the Federal Reserve that are typically reserved for banks, according to people familiar with the matter. Maxine Waters, the chairwoman of the committee, and Patrick McHenry, the panel’s top Republican, didn’t return requests for comment.

The lawmakers blew through a tentative date for a committee vote on the bill last month -- in part because members still need time to understand the complex provisions in the latest draft. Republicans on the panel would also be in a better negotiating position if the chamber flips to their control in next month’s elections.

Progress has also been elusive on two high-profile efforts in the Senate that would bolster the CFTC’s ability to directly oversee trading in Bitcoin and any other cryptocurrencies that aren’t subject to US securities laws. One bill is being led by the leaders of the Senate Agriculture Committee -- Debbie Stabenow and John Boozman -- and the other is part of a much-larger package backed by Wyoming Republican Cynthia Lummis and New York Democrat Kirsten Gillibrand.

The Financial Stability Oversight Council, which is led by Treasury and includes the US’s top Wall Street regulators, said this week that Congress should give them power to directly oversee tokens that aren’t securities.

The odds of passing a crypto law this year appear increasingly long with Congress likely on recess until after the Nov. 8 midterm elections. But there’s still a slim chance, especially if lawmakers attach one of the measures to government-funding legislation that needs to be passed by mid-December.

A delay may not be the worst thing for the industry as it would have more time to lobby against changes it doesn’t like, including measures that may impact decentralized finance platforms.

“From our perspective, it’s not when something gets done,” said Kristin Smith, the executive director of the Blockchain Association trade group. “It’s what gets done.”