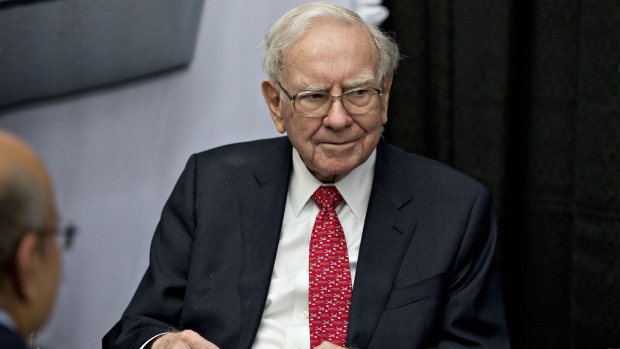 Cryptocurrency pioneer Justin Sun bid a record US$4.57 million to have lunch with Warren Buffett, who famously referred to Bitcoin as “probably rat poison squared.”

Sun launched Tronix, also known as Tron or TRX token, in 2017. It’s valued at US$2.56 billion and is the 10th largest cryptocurrency in the world, according to data provider CoinMarketCap.com. The 28-year-old Chinese entrepreneur said he hopes to educate the Oracle of Omaha on cryptocurrency and the underlying technology, called blockchain.

“It is very common in investment circles that people will change their minds,” Sun said in a telephone interview. “Investment opportunities are best when lots of people are underestimating the technology.”

Buffett and his longtime business partner Charles Munger have criticized cryptocurrencies in the past. The 95-year-old Munger called Bitcoin a “noxious poison.” Buffett, who says there’s no value being produced from the asset, at least gave a nod to blockchain technology as “important” in an interview with CNBC earlier this year.

“Even one of the most successful investors of all times can sometimes miss a coming wave,” Sun wrote in an open letter to the crypto community. “Buffett has admitted he overpaid for big investment food giant Kraft Heinz Co., while failing to realize the potential of the likes of Amazon.com Inc.; Alphabet, the parent of Google; and even Apple.”

The annual auction raises money for San Francisco-based charity Glide, which Buffett’s late wife Susan supported. More than US$30 million has been raised over the years, as bid amounts have climbed. Glide provides meals for the city’s homeless, offers support to domestic violence victims, and helps people find shelter.

Previous auction winners have included Greenlight Capital’s David Einhorn, who was the highest bidder in 2003. Ted Weschler won two auctions and was later hired by Buffett’s Berkshire Hathaway Inc. (BRKa.N) as an investing deputy. This year’s bid was about 38% higher than the winning bid in 2018.

Sun previously founded Peiwo, a Snapchat-like app for China with millions of users. He then started the token popularly known as Tron by using much of Ethereum’s computer code and parts of other startups’ white papers to write his own.

He bought the popular software file-sharing application BitTorrent for US$120 million last year. Demand for the coin surged when Sun announced the BTT token, able to run on both Tron and BitTorrent networks. On May 30, BitTorrent announced it will let users store files across a distributed network of computers using BTT.

The bidding war for the lunch started May 26. It heated up early in the week and fell fairly quiet heading into the final day of the auction when a handful of bids came in that exceeded US$4 million.

Although he’s deep into crypto, Sun said he trades traditional stocks and reads annual reports of technology companies. He hopes to learn more about Buffett’s value-investment strategy at the luncheon.

The time and place of the luncheon has yet to be determined, according to Sun. It’s typically held at the Smith & Wollensky steakhouse in New York.

Sun, who can invite as many as seven people to join him, said he’ll choose among his most-persuasive friends as well as the most influential people in the crypto community as it’s likely to be a tough sell to get the 88-year-old billionaire investor to change his mind.

“Cryptocurrencies will come to bad endings,” Buffett said in 2018 at his annual shareholder meeting.