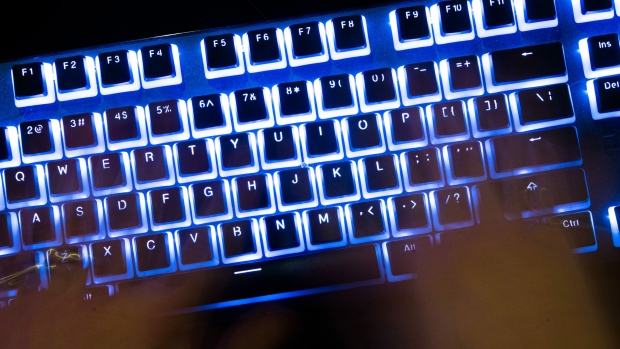 (Bloomberg) -- By day Nicholas Truglia led a lonely life from his luxury Manhattan apartment, playing video games and working out. By night he went clubbing and boasted of having more money than anyone else in the room, according to court filings.

Now Truglia, 25, is to serve 18 months in prison after a federal judge on Thursday sentenced him for his role in a scheme to hack a blockchain consultant’s phone and stealing $22 million in cryptocurrency. Truglia has already served 12 months of the term. He was facing 51 to 63 months under sentencing guidelines.

During the sentencing hearing it emerged that he has $53 million in assets, including crypto, art and jewelry, and has agreed to pay more than $20 million in restitution.

Truglia, who pleaded guilty last year to conspiracy to commit wire fraud, has been described in court filings as part of a posse of “evil computer geniuses” who tricked telecom employees into transferring customers’ cell numbers to SIM cards controlled by the hackers.

But he is the only one to face criminal charges. He has already been hit with civil judgments totaling almost $80 million for the audacious attacks, which targeted wealthy crypto figures on opposite ends of the US.

In court, Truglia apologize to the one victim named in the case and spoke of his determination to turn his life around. “I would never steal from someone face to face, so the fact I did that on the Internet is shameful,” he said in a lengthy statement before sentencing.

His sentence is for a 2018 hack attack on Michael Terpin, the founder and chief executive officer of Transform Group, which advises blockchain businesses on public relations. The hackers recruited Truglia to convert the stolen Triggers, a digital token, into Bitcoin after they accessed Terpin’s cryptocurrency accounts, defense attorney Jeffrey Udell said in court Wednesday.

Udell revealed that his client had since been diagnosed with autism, which he said made it harder for Truglia to separate the virtual world from reality. He described Truglia as a highly intelligent man with no family support or friend network other than the connections he made online.

“He couldn’t apprehend what he was doing online with these people was having real-world effects on people like Mr. Terpin,” Udell told US District Judge Alvin Hellerstein in Manhattan.

Autism is often marked by difficulty in understanding relationships and sometimes in sensing the impact of one’s behavior on others.

The judge showed some sympathy for the defense, likening Truglia to Dustin Hoffman’s autistic character in Rain Man.

“Perhaps that can explain the huge success Truglia had on the Internet,” Hellerstein said. “But it doesn’t explain taking someone else’s money.”

At the same time, the judge questioned the government’s decision to charge only Truglia, even though it knew four others were involved in the scheme.

After realizing his balances had been drained, Terpin embarked on an ambitious effort to track down the thieves. Enlisting the services of a high-profile Los Angeles lawyer, Pierce O’Donnell, he eventually narrowed his search to a New York state teenager, who was 15 at the time of the hack. Terpin accused him of leading the group that cracked his phone and took his money, according to a civil complaint he filed against the teen in New York.

More on Crypto: Sam Bankman-Fried’s Red Flags Were Seen in All Corners of Empire

Terpin’s lawyers contacted the young man’s mother in January 2019 and were referred to his attorney, and the teen later surrendered cash, cryptocurrency and an expensive watch -- together worth about $2 million -- to Terpin, according to the complaint.

Asked where the rest of the money had gone, the teen said two people he referred to only as Harry and Josh plus a third, “Nick Truglia,” had taken a cut, according to emails filed in the civil suit. Terpin was awarded $22 million in a settlement.

Around the time he was charged by federal prosecutors in New York, Truglia was facing charges in California, accused of stealing more than $1 million in crypto by hacking into a man’s phone several months after targeting Terpin. The man, who eventually received a $3.14 million civil judgment against Truglia, said the hack had cost him his daughter’s college fund.

--With assistance from Immanual John Milton.

(Adds sentencing guideline, comment from Truglia and the Judge)