The selloff in the digital-asset space accelerated Thursday, with losses in US equities also snowballing, a day after the Federal Reserve raised interest rates by the most in decades.

Ether, down as much as 8.3 per cent on Thursday to trade around US$1,080, is facing a tougher road than most. The native token for the Ethereum blockchain is on pace to decline for a 10th straight day, the longest losing streak in Bloomberg records back to February 2018. It has lost about 40 per cent since the start of June alone.

Bitcoin, meanwhile, held up relatively better, though it still shed 4.2 per cent at one point during the session. Many investors say the largest cryptocurrency by market value often serves a place of refuge for crypto investors during volatile periods.

“Bitcoin has proven its resilience time and again,” LMAX Group Chief Executive Officer David Mercer said at the Bloomberg New York office. “This is an asset that has been around 14 years now and it’s been through various cycles.” Still, he added that “Bitcoin today is a risk on-off asset. It’s no different from stocks. Why should anyone be surprised with the volatility?” 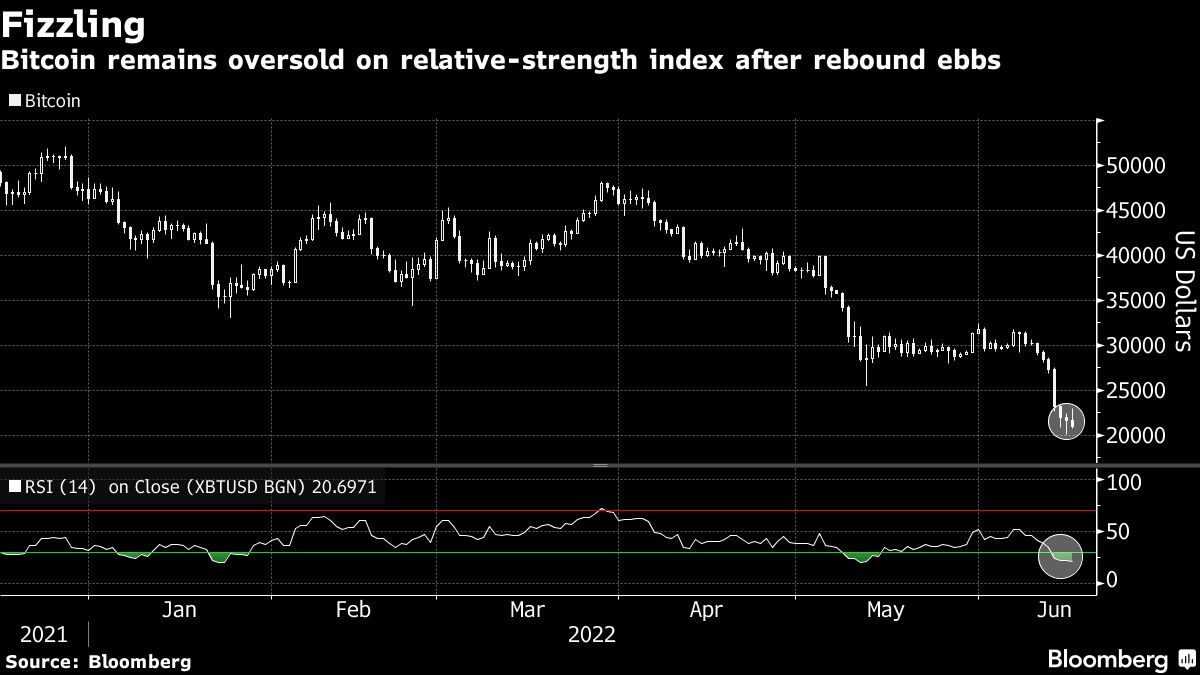 Cryptocurrencies and other risk assets have been under pressure, with the S&P 500 on Thursday falling to its lowest close since the end of 2020, and the tech-heavy Nasdaq 100 dropping 4 per cent. It’s happening as the Federal Reserve raises interest rates to combat red-hot inflation, creating an unfavorable environment for speculative areas of the market. The prolonged downturn has led to a drop of more than US$1 trillion in crypto market value this year.

Crypto markets have served up gut-wrenching losses over the past month, but many have welcomed the wring-out of excesses and sky-high speculation.

“The reality is we need to see capitulation where that ‘noobishness’ gets washed out,” said Max Gokhman, chief investment officer for AlphaTrAI, adding that “we need to see the asset class evolve to a more mature state, and I think it’s in the process of doing that.”

Last month’s collapse of the Terra blockchain and the recent decision by crypto-lender Celsius Network Ltd. to halt withdrawals have also taken a toll, while a tweet this week from the co-founder of crypto hedge fund Three Arrows Capital fueled speculation that it had suffered large losses.

Even long-term holders who have avoided selling until now are coming under pressure, according to researcher Glassnode. 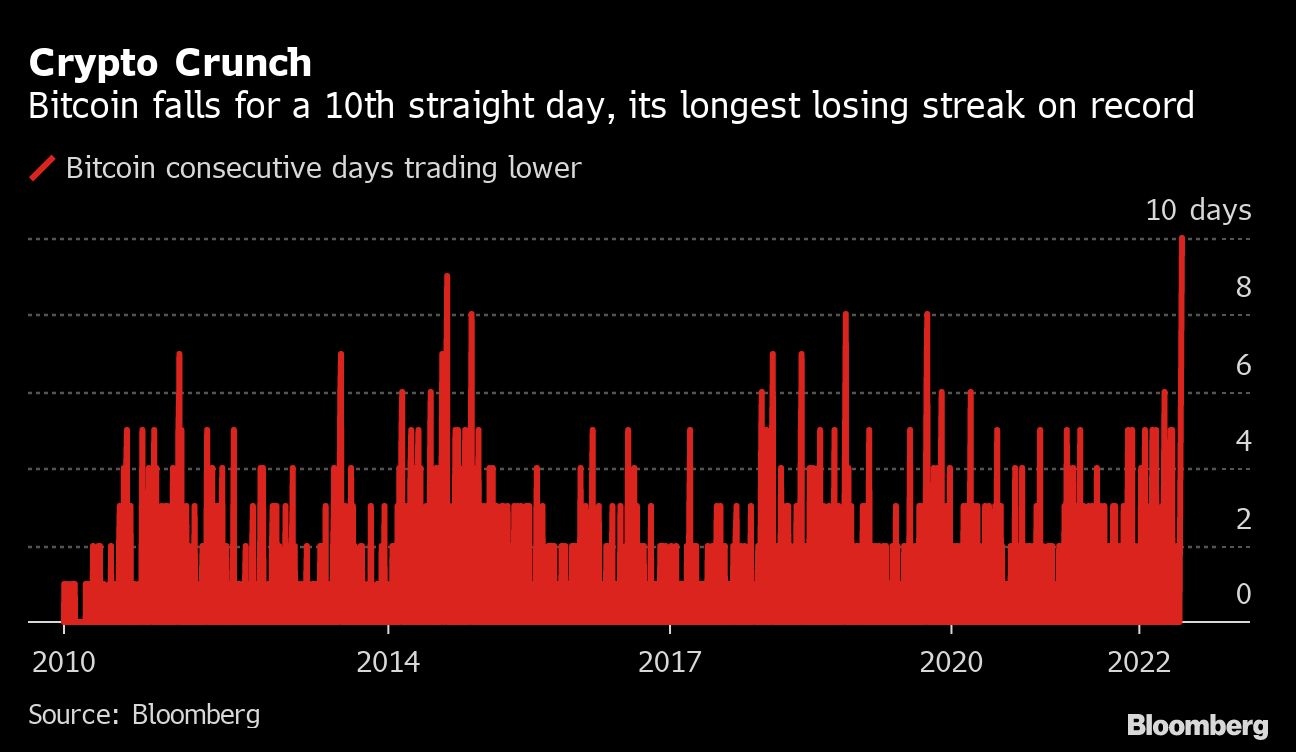 All sorts of pockets in crypto have been beset by negative developments. A number of firms in the space have announced layoffs and hiring freezes, and many market-watchers are expecting further price declines.

Michael Purves, founder and CEO of Tallbacken Capital, sees that risk for Bitcoin. “We continue to think that Bitcoin’s broader picture is bearish, and perhaps our US$15k target is not bearish enough,” he wrote in a note. “Nonetheless, for the near term, we recommend taking profits on short positions.”