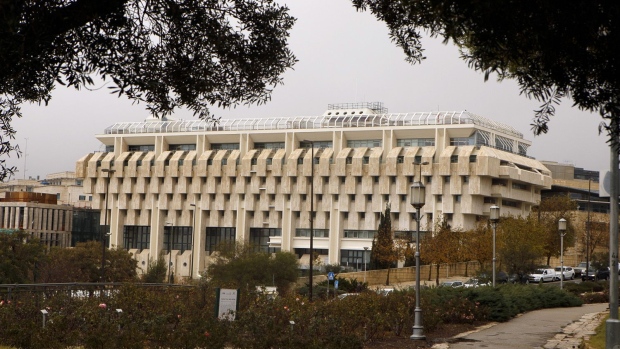 The Central Bank of Israel stands in Jerusalem, Israel, on Thursday, Jan. 9, 2020. The Bank of Israel prolonged its interest-rate pause to over a year after almost doubling the pace of foreign-currency purchases and pinning much of the blame for weak inflation on gains in the shekel. Photographer: Kobi Wolf/Bloomberg , Bloomberg

The so-called smart contracts that underpin automatically executed crypto transactions could be an area for central banks to supervise, researchers at the Bank of Israel suggested.

Researchers taking part in the central bank’s first technological experiment on digital currencies said smart contracts can be written in “malicious” ways that lead to losses for cryptocurrency users, according to a report published by the institution on Monday.

The Bank of Israel ran tests using an Ethereum-based blockchain to examine how payments are made between two virtual wallets, analyzing the systems by which the transactions were executed and the level of privacy they afforded users.

“An important question...is who writes the smart contract,” the researchers wrote. “Allowing anyone who wanted to to write the smart contract on the blockchain may pose a significant risk to the entire system.”

The Bank of Israel is one of around 100 central banks that have either rolled out central bank digital currencies, or are considering them, according to the International Monetary Fund. In China, the digital yuan has already been tested by around 140 million people, including at the recent Winter Olympics in Beijing.