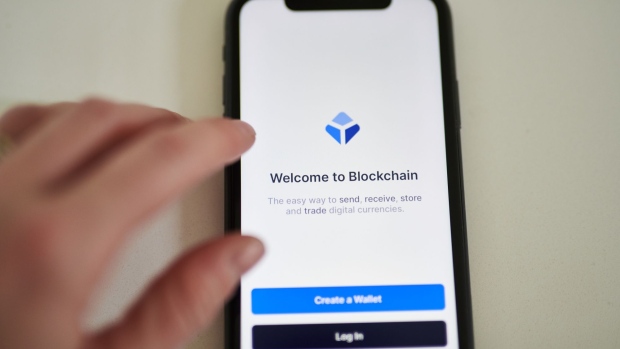 Blockchain.com, the startup that last week raised a new round of funding valuing the company at $14 billion, has launched an asset-management brand on Wednesday.

The service, called BCAM, will cater to institutional investors, family offices and high-net worth individuals. It was created in partnership with Altis Partners, an investment firm that manages futures portfolios. While Blockchain.com powers BCAM, Altis provides investment management.

BCAM launches with a strategy that tracks the price of Bitcoin versus the dollar. Another strategy it is rolling out focuses on reducing the volatility that comes with investing in Bitcoin by offering “algorithm-based risk-managed exposure” to the currency.

It is also readying a product that manages exposure to decentralized-finance coins, tied to applications that let people trade, borrow and lend without intermediaries, Charlie McGarraugh, chief strategy officer at the company, said in an interview.

Blockchain.com is doubling down on its institutional business with the launch of the new service, McGarraugh said.

Following its purchase of Altonomy’s over-the-counter trading and executions business in March, Blockchain.com has thousands of institutional clients, about $8 billion in loan originations and $15 billion in lifetime trading volume related to institutions, McGarraugh said.

Last week, Blockchain.com raised a round of funding that catapulted it into the ranks of crypto’s most valuable companies. It was led by Lightspeed Venture Partners with major participation from Baillie Gifford & Co.

Blockchain.com, which was founded in 2011 and is led by Chief Executive Officer Peter Smith, has 37 million verified users with 82 million wallets created and more than $1 trillion transacted, according to its website.