The cryptocurrency entrepreneur who spent more than US$69 million for a piece of digital art has a message for speculative buyers of non-fungible tokens: be prepared to lose your money.

Vignesh Sundaresan, also known by the online moniker MetaKovan, vaulted into the spotlight last month after paying a record-breaking sum for the NFT of Beeple’s “Everydays: The First 5,000 Days.” As Sundaresan tells it, his motivation wasn’t to make money but to support the artist and showcase the technology.

Anyone trying to profit from NFTs is “taking a huge risk,” he said in a video interview. “It’s even crazier than investing in crypto.”

The comments may raise eyebrows coming from someone who made his fortune in cryptocurrencies and has done more than perhaps anyone else to fuel the mania surrounding NFTs with big-ticket purchases of digital art. But it’s also hard to argue with Sundaresan’s warning: Average prices for NFTs tracked by Nonfungible.com tumbled almost 70 per cent from a peak in February through early April.

B.20, a token created by Sundaresan to enable “shared ownership of an open art project” that includes some of Beeple’s works, has dropped to about US$7 from US$23 since he won the Christie’s auction for Everydays on March 11. It was trading below 50 cents in January, according to CoinGecko.com.

The extraordinary boom and bust has fueled a debate over whether NFTs -- essentially digital certificates of authenticity -- will have a lasting impact on markets for art, collectibles and beyond, or turn into the latest example of an investment bubble that enriches a select few while saddling latecomers with losses.

Some skeptics have questioned whether Sundaresan’s Everydays purchase was partly an attempt to drive up the value of his existing NFT positions. He denies having profited from the transaction and said he hasn’t sold his personal holdings of B.20 tokens.

On the long-term outlook for NFTs, Sundaresan agrees with aspects of both the bull and the bear case. He describes the technology as an enduring innovation that will enable a “new patronage movement” for artists and other content creators, many of whom now rely on ad-supported revenue models via internet platforms like Instagram. But Sundaresan also said the fervor around many of the highest-priced NFTs will likely fade.

“I don’t think NFTs will hold the same kind of hype forever around high-value items,” he said. “The market will get divided. There will be very few high-value items and an infinite number of very low-valued items.”

He said the best way to participate is by purchasing NFTs from artists you want to support. “It’s not primarily an investment,” said Sundaresan, who grew up collecting stamps and WWE playing cards. 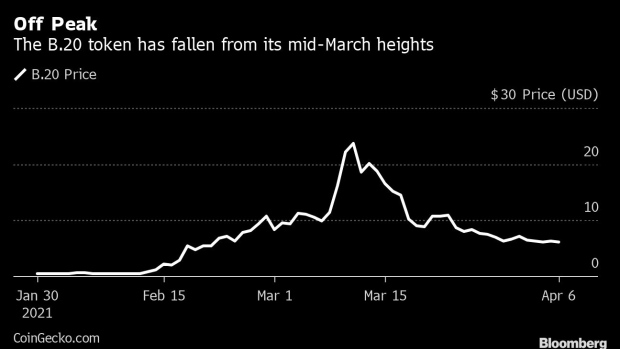 When asked about the people he admires, Sundaresan pointed to retired Indian cricket star Sachin Tendulkar and Hal Finney, the Bitcoin pioneer who died of ALS in 2014: “The good part is he’s cryogenically frozen, so maybe someday he’ll be back.”

Sundaresan said he has never spoken with Justin Sun, the crypto entrepreneur he outbid at the last minute for Everydays. Still, the two share an affinity for Warren Buffett: Sun spent a record US$4.6 million at an annual charity auction in 2019 to have a meal with the famed investor, who has likened Bitcoin to “rat poison squared.”

“Even though he hates crypto, I love him,” Sundaresan said. Buffett looks “at money more from a third-person point of view,” he said. “Like he looks at it more as a game than actually being into the world of making money and showing off.”

As for his own fortune, Sundaresan said he’s not ready to talk about it yet.

“I’ve not disclosed my net worth,” he said. “I’ve been telling people most of my money is not in NFTs.”