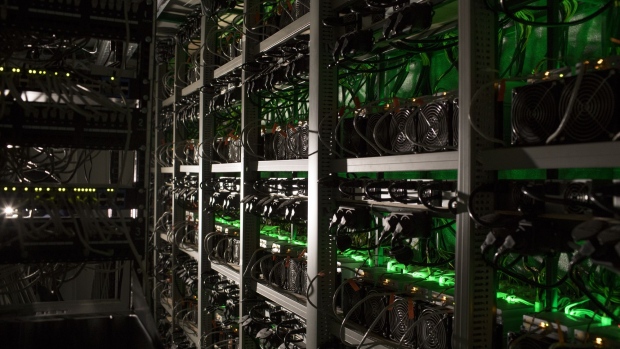 Cryptocurrencies sold off on Wednesday, with the Bloomberg Galaxy Crypto Index dropping to its lowest level in more than two months.

The gauge, which tracks some of the largest cryptocurrencies including Bitcoin, Ether, XRP and Bitcoin Cash, fell as much as 6.4 per cent, the biggest decline since June 11. Bitcoin and Ether together make up more than half of the index, while XRP constitutes about 20 per cent.

The moves can, in part, be explained by strength in the dollar, according to Mati Greenspan, founder of Quantum Economics. The dollar rose after the Federal Reserve minutes signaled downward revisions to economic projections. Greenspan closed a few of his crypto positions after seeing them gain on Wednesday.

“Like any other commodity, it has somewhat of an inverse correlation with the dollar,” he said by phone.

Recent dollar weakness had been a bit of a “rally cry” for Bitcoin and peer currencies, added Greenspan. Bitcoin, which is the world’s largest digital coin, this month rallied above US$12,000, a key level watched by chartists and crypto fans. On Wednesday, it fell to as low as US$11,621.

Oversupply and speculation remain obstacles for cryptocurrencies, says Mike McGlone, an analyst with Bloomberg Intelligence. In addition, because Bitcoin tends to pull the broader crypto market higher, cryptocurrencies in general could get hit more disproportionately when the coin declines.

Still, something unexpected would have to happen for Bitcoin to stop appreciating as it has over the past decade, said McGlone. “Demand and adoption metrics remain favorable vs. the crypto asset’s unique attribute of fixed supply,” McGlone wrote in a note.