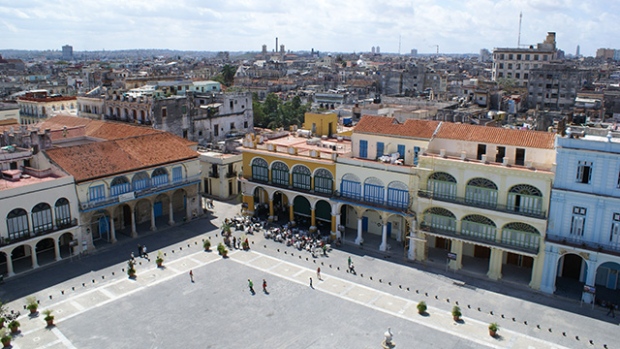 Steve Marshall is an entrepreneur who has had his sights on Cuba for two decades. The chief executive officer and founder of Travelucion, an online travel and digital media company, has the distinction of being one of the first entrepreneurs to set up a business directly related to that country while living there for 12 years. Now, he says, those efforts are paying significant dividends as the newly elected Donald Trump administration is expected to widen trade relations between the United States and Cuba, which will extend opportunities for U.S. businesses, travellers and investors.

Another recent milestone for Travelucion was its acquisition by Cuba Ventures in March 2016. Cuba Ventures Corp. (TSX.V: CUV) is a publicly traded Canadian company capitalizing on the growth and unique opportunities present in Cuba with a focus on the multi-billion-dollar — and rapidly growing — Cuban travel and tourism industry.

Marshall believes Trump will demand more in return from Cuba than the Obama administration, which will in turn create a much more profitable commercial relationship for both countries. “We believe companies currently doing business in Cuba should benefit significantly from a ‘pro-commerce’ U.S. government, and we have no reason to believe that won’t be the case with the Trump administration.”

Obama’s steps to improve America’s relations with Cuba began on Dec. 17, 2014, when he announced his administration’s policy of rapprochement with Raul Castro’s government. This led to a more liberalized travel policy toward that country; the removal of Cuba from the U.S. State Department’s list of state sponsors of terrorism; and more liberal trade regulations that enable an increasing number of U.S. businesses to pursue licensed transactions with Cuban state entities and that country’s private sector.

Since Trump ran his presidential campaign on the promise of job creation for ordinary Americans, an expansion of U.S. trade relations with Cuba would help him fulfill that agenda, Marshall says.

“American jobs are already being created in areas as diverse as the travel sector, real estate development, construction (including architectural and engineering expertise), and legal services. Trump’s own business investigation in Cuba, through the Trump Organization, in recent years have been significant.”

It was almost 20 years ago that Marshall started to build a compendium of websites in conjunction with the Cuban government to promote tourism to the island. When he started the venture, Cuba had lost Russia as its main trading partner and was in the process of modifying its laws to increase tourism. Marshall proposed to the Ministry of Tourism the idea of creating an online almanac for every city, town and province in Cuba, as well as special subjects such as sports, culture and investments.

“Shortly after creating the websites, we opened Cuba’s first online travel company in 1997, which also happened to be one of the first in the world,” Marshall claims. “This was at a time when Google didn’t exist and the online travel sphere was limited at best. Most people were still buying from travel agencies.” In 2013, he consolidated his multiple divisions under the Travelucion banner.

Travelucion now boasts a vast portfolio of web assets consisting of 432 Cuba-focused websites that generate more than 30 million page-views per year and direct traffic to the company’s online booking and ecommerce sites. These websites cover all facets of Cuba, including over 80 travel destinations, hotels and resorts, bed-and-breakfasts, tours, car rentals, restaurants, as well as Cuban culture, music, celebrities, sports, health care and more.

The shift in U.S. policy has already driven significant revenue boosts for the company, Marshall says. Revenues have grown from $383,000 in 2013 to $1.6 million in 2015, while increasing rapidly at more than 100 per cent growth annually. At the same time, U.S. site visits have grown from six to 35 per cent of overall traffic — a share that Marshall is confident will continue to grow. “With diplomatic relations now normalized and restrictions on qualified American travel to Cuba relaxed, it has opened up a multi-billion-dollar travel market to the Caribbean island, as well as significant investment opportunities.”

Cuba Ventures activities fall under two categories: everyday travellers who visit the Travelucion ecommerce website, and people wanting to do business or invest. “There are plenty of companies and investors globally interested in selling their wares or investing in Cuba, particularly in resort/hotel development in recent months,” Marshall says. “We have a whole legal and consulting team located in Cuba that can determine which businesses are best suited to the current investment climate in Cuba.”

“While investors may represent a small percentage of all website visitors, each investment opportunity could translate into tens of millions of dollars.”

With Marshall being so well entrenched in the Cuban markets and economy, Cuba Ventures is uniquely positioned to capitalize on opportunities with potential investors, he says. “We have a team on the ground to help with joint ventures, as well as the authorization to carry out financial transactions with a leading Cuban bank.”

Marshall adds that as part of a public company, he is now able to “further things done previously in a different format. We have the ability to raise capital now, and the experience and history to make some of the deals that are becoming very important to Cuba’s future.”

The resort and hotel sector is a particularly thriving investment area. Marshall says the island has only 68,000 hotel rooms, of which 28,000 are two- or three-star hotels. “That leaves 40,000 rooms, which is not nearly enough to address the interest in travel to Cuba.”

The potential growth of the U.S. share is further fuelling the need for hotels and rooms, as well as other services that support the tourism industry, Marshall explains. “Cuba Ventures is sensitive to all of these facts and is working towards solutions through online marketing, searching and identifying real estate opportunities and franchise placement — anything that goes hand-in-hand with increased tourism.”

Infrastructure is an equally dynamic investment opportunity. “Bear in mind that the country has been subject to the fiercest economic embargo known to man, which has severely affected its infrastructure, from roads and telecommunications to real estate,” Marshall says. “Even though Cuba’s visitors have doubled over three years, the embargo remains in place despite Obama’s changes. But we do expect the incoming president will further improve relations and allow more U.S. corporations to go into Cuba and start investment in different sectors.”

Cuba Ventures has already identified profound interest in its Cuba-centric web traffic. Through traffic sharing and content creation agreements, Cuba Ventures signed agreements with SportTU, the sports media giant based in New York, whose associate company, America Mobile, has 260 million wireless subscribers, all of whom will soon see Cuban sports, along with the all-important revenue-shared ads, deployed jointly through the recent synergy. The second signed accord saw South America’s Mercosur use Cuba Ventures as a partner for consulting and media support for inbound investment to Cuba.

As the U.S. moves closer to more open trade with Cuba, Marshall expects to see significant traffic transfer to his sites. “We anticipate a massive increase in traffic that is targeted to people likely to visit Cuba. Between 2014 and 2015 we saw a more than 100 per cent increase month-on-month of volume. Some months it was as high as 300 per cent. We’re seeing a similar scenario over 2015 and 2016.” This increase in web traffic has also translated to exponential growth at Travelucion’s online travel division with revenue soaring month-on-month when compared to 2014 and 2015.

After two decades of waiting, Marshall says, “The time is now for Cuba. There has not been another time over the last 50 years where there has been this level of urgency for foreign investment.”