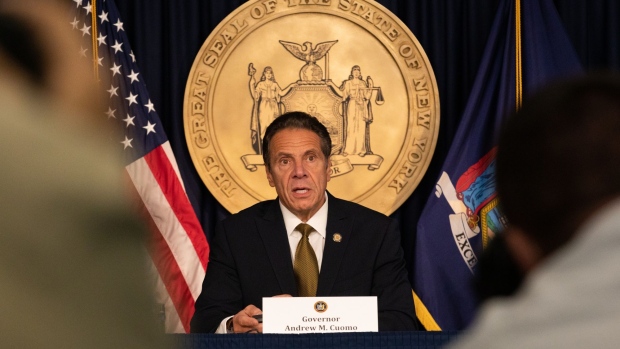 “I never touched anyone inappropriately or made inappropriate sexual advances,” Cuomo said. “That is just not who I am or who I have ever been.”

The report from investigators appointed by James found that Cuomo had violated state and federal laws after engaging in unwanted groping, kissing and hugging, and making inappropriate comments. The report said that the executive chamber violated laws, as well as its own policies, by fostering a “toxic” workplace that enabled “harassment to occur and created a hostile work environment.”

Women started coming forward with accusations against Cuomo in December 2020. The investigation began in March.

Cuomo, 63, a third-term Democrat whose seat is up for election in 2022, has denied wrongdoing and defied calls to resign from Albany and Washington.

“It has been a hard and painful period for me and my family,” Cuomo said. “I can finally share the truth.”

Cuomo said his comments to an accuser who was a victim of sexual abuse were meant to help, not hurt, and he apologized. Another claim that he groped a woman “did not happen.” He said media and others also sought to mis-characterize “everyday interactions that I’ve had with everyday New Yorkers.”

The governor said he had learned from the experience, and there are “generational or cultural perspectives that frankly I hadn’t fully appreciated.” He said he has brought in an expert to design new sexual harassment policy procedures.

“I accept responsibility and we are making changes,” he said.