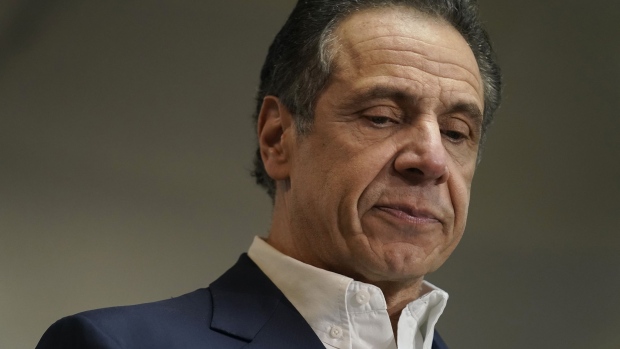 Cuomo raised more than $224,000, much of it in seemingly unsolicited small-dollar donations, since the last filings were released in mid-July. About $30,000 came from more than 500 donors who gave to his campaign even after Attorney General Letitia James released a damning report accusing him of harassment of multiple women, including state employees. Many of the donations came after he resigned in late August.

But the filings released Tuesday also show that Cuomo spent $2.09 million in recent months, including $1.8 million on legal expenses. The former governor has faced an array of criminal and civil probes from multiple local, state and federal investigators, and has fought against efforts by the state’s ethics commission to claw back more than $5 million he received for a 2020 book about his handling of the Covid-19 pandemic.

Cuomo, 64, had more than $18 million in cash on hand in July. That sum, sitting idle in his campaign account, has for months sparked speculation he might run for governor or some other public office.

That speculation quieted more recently as Cuomo faced possible criminal prosecution in some of the sexual harassment cases. But in late December, Westchester County District Attorney Mimi Rocah announced her office wouldn’t prosecute Cuomo for kissing two women, one of whom was a state trooper at the time, without their consent. And earlier this month, David Soares, Albany County’s district attorney, formally dropped criminal charges brought against the former governor for allegedly groping Brittany Commisso, a woman who worked as an executive assistant in Cuomo’s office.

The closing of those criminal cases has led to a resurgence in speculation that Cuomo might attempt a political comeback.