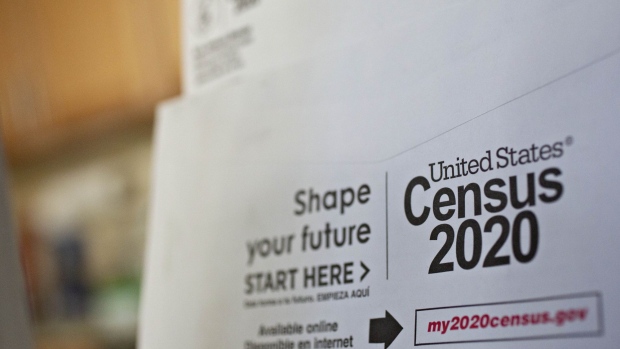 U.S. Census 2020 mailings are arranged for a photograph in Arlington, Virginia, U.S., on Tuesday, March 24, 2020. The U.S. Census Bureau said last week it is suspending all field operations for the 2020 count until April 1 on coronavirus concerns. Photographer: Andrew Harrer/Bloomberg , Bloomberg

(Bloomberg) -- New York Governor Andrew Cuomo said his office is exploring whether it can contest a U.S. Census Bureau tally that found the state would lose a congressional seat after coming in 89 residents short of the cutoff.

“Do I think it was accurate to within 89? No, and we’re looking at legal options,” Cuomo said at a press conference Tuesday.

Census Bureau figures released Monday found the state missed a threshold for keeping all its 27 seats in the House of Representatives starting in 2022. New York joined California and other Democrat-led states that will lose a political edge to Texas and other Republican-led ones.

On Tuesday, Cuomo shifted blame onto former President Donald Trump’s administration, which tried unsuccessfully to add a question on citizenship status to the form.

“You had people who were nervous to come forward,” Cuomo said. “I do believe the federal government had a chilling effect.”

The state can sue, but historically that hasn’t been an easy route. Utah did so after the 2000 census but was unsuccessful. Cuomo’s office didn’t immediately respond to a request to specify what legal options it’s considering.