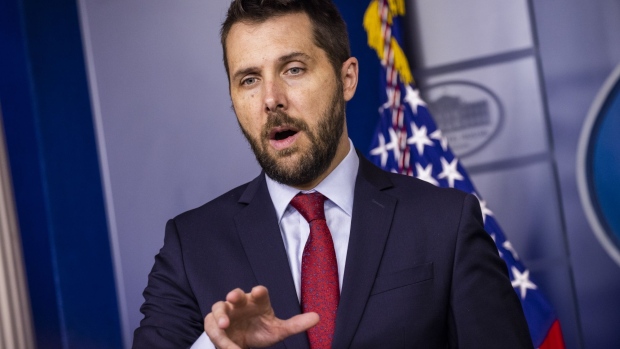 “I can tell you the restrictions on the executive branch are quite significant,” Deese said Friday on CNBC. “There’s no engagement on individual stock transactions, and in fact, more so, beyond holding broad market indices.”

“And I think that that’s certainly sensible,” he added.

Deese was responding to a question about efforts in Congress to bar lawmakers from trading individual stocks. His comments put him at odds with House Speaker Nancy Pelosi, who opposes such a move, despite support from other Democrats in Congress.

House Republican Leader Kevin McCarthy is considering implementing a rule if his party wins control of the chamber in the November midterms and he becomes speaker.

Other lawmakers who’ve endorsed a ban include Democratic Senators Jon Ossoff of Georgia and Mark Kelly of Arizona, Republican Senator Josh Hawley of Missouri and Representative Angie Craig of Minnesota.

“One of the things that we need to do across the board is restore faith in our institutions, whether that be Congress and legislative branch or that be the Fed and otherwise,” Deese said. “So anything we can do to try to restore that faith, I think it makes a lot of sense.”

Democrat Representative Abigail Spanberger of Virginia introduced a bill last year to require that lawmakers place investment assets into a blind trust while in office.

“It’s a rule that we all operate by and live by in the executive branch and doesn’t put any real practical burden on our ability to do our jobs,” Deese said.