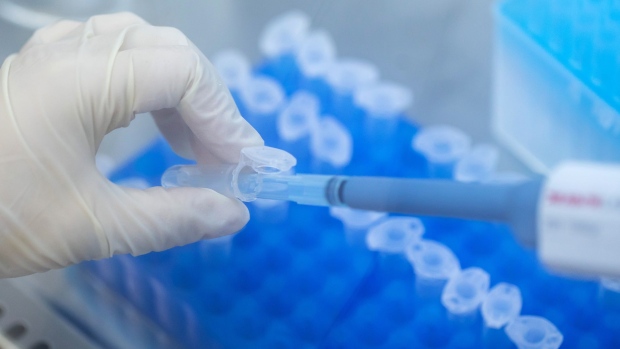 (Bloomberg) -- German biotech company CureVac AG denied speculation that the U.S. government tried to buy the business or its technology amid the intensifying race to produce a vaccine for the coronavirus.

CureVac doesn’t know the origin of the rumors, which were first published over the weekend in Germany’s Welt am Sonntag newspaper, acting Chief Executive Officer Franz-Werner Haas said on a call with reporters.

“There was and there is no takeover offer from the White House or governmental authorities related to the technology, nor to CureVac at all,” Haas said. “That’s it.”

Ex-CEO Dan Menichella attended a White House meeting on March 2 with President Donald Trump, along with other developers of potential Covid-19 vaccines. A week later, CureVac’s board replaced Menichella with founder Ingmar Hoerr, saying he was a better choice to lead the company while it’s trying to prove it can produce a vaccine at scale with messenger-RNA technology. Hoerr then stepped down Monday because of a health issue unrelated to the coronavirus.

The situation quickly escalated on both sides of the Atlantic, with other outlets confirming the report and citing unidentified German politicians. U.S. Ambassador Richard Grenell has criticized the news outlets for publishing what he called a false story. The U.S. and Germany, along with other countries, are facing scrutiny for the amount of effort they’re putting into helping stem the outbreak.

The first vaccines targeting the coronavirus probably won’t be ready for at least a year. CureVac aims to start clinical trials for its candidates in the early summer.