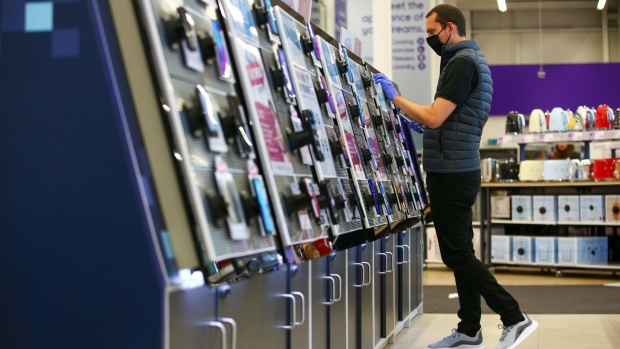 A customer looks at mobile phones on display at a Currys PC World store, operated by Dixons Carphone Plc, in London, U.K., on Monday, June 15, 2020. British Prime Minister Boris Johnson encouraged consumers to go out and "shop with confidence" when stores reopen in England on Monday, as he suggested social distancing rules will be eased. , Bloomberg

(Bloomberg) -- Currys Plc slightly lowered its profit forecast after a tough Christmas season in which supply log-jams across the industry and uneven consumer demand weighed on sales.