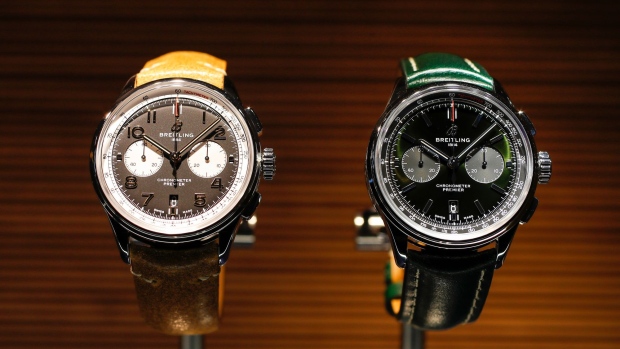 (Bloomberg) -- CVC Capital Partners is considering the sale of a stake in Swiss luxury watchmaker Breitling SA after receiving interest from potential investors, people with knowledge of the matter said.

The private equity firm is speaking with advisers about the potential sale of a significant minority holding in Breitling, the people said, asking not to be identified because the information is private. CVC plans to keep control of the business in any deal to benefit from future growth, the people said.

Deliberations are at an early stage, and there’s no certainty they will lead to a transaction, the people said. A representative for CVC declined to comment.

The company, known for its aviation-themed timepieces, traces its roots back to the work of watchmaker Leon Breitling in 1884. It’s one of the larger Swiss watch brands that’s still independent, while most others have been acquired by competitors such as Swatch Group AG, Richemont, LVMH and Kering SA.

CVC bought a majority stake in Breitling in a 2017 deal valued at more than 800 million euros ($952 million), Bloomberg News reported at the time. Since then, it’s simplified Breitling’s product range, expanded sales in Asia and pushed to make the watches more appealing to female customers.